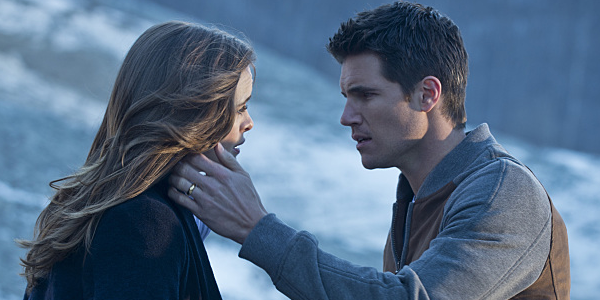 I guess it could be considered a good sign when you become so engrossed in a show that the lack of a definitive conclusion makes you feel intense frustration. Suffice it to say when this one ended I actually threw my head back in my chair and audibly sobbed. Another week…

Alright, this episode of the Flash is busy with sideplots that keep everything moving at a steady pace, but it doesn’t feel as haphazard or rushed as Crazy for You. Practically everyone (really, that’s what we’re doing with Eddie now?) seems to have a pretty meaty part to keep the intrigue at a fever pitch. Though some stories 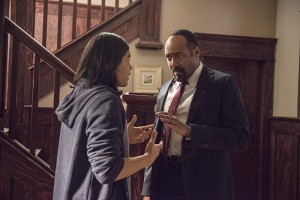 succeed more than others, and despite the suspense of the Firestorm mystery, or Barry’s intensely charming attempts to court a lady, I was left flabbergasted, spellbound, even… *checks thesaurus.com* enraptured by the sudden shot in the arm to the Nora Allen murder investigation being conducted by Joe and Cisco. I suppose it’s a little stupid considering how obvious the answer is to the audience (especially to comic fans), but it just goes to show how incredibly easy it is to root for Jesse Martin’s Joe as he tries to solve the murder of the century (so much so I actually found myself playing Hot & Cold while he investigated). It’s a great arc that flirts with concepts of realization, but teases the fans just the right amount.

Though I was much interested in the investigation scenes of the episode, the Firestorm arc didn’t disappoint. It’s chocked full of great science fiction, subtle acting, and impressive special effects. Robbie Amell plays three versions of his character effectively, though not terribly nuanced. Although I knew that Stein was speaking 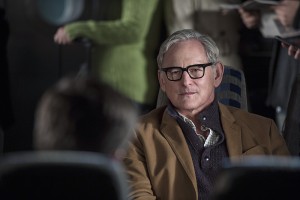 through Ronnie, I still didn’t see any of Garber in Amell’s performance. It was a little thing, so it didn’t affect my enjoyment of the story, but it did diminish the impact of it’s tear jerker moments. His Ronnie on the other hand is just perfect. He’s a very natural version of the character with no pretense and a much more fluid presence in the tone of the show. Danielle Panabaker’s performance as Caitlin is what really brought out those tears. She’s very reserved as usual and she approaches the situation with caution, but she still emotes a little more than typically to give a solid visual representation of Ronnie’s importance to her. It helped the emotional side of the arc immensely, but I’ve still got to hand it to Amell’s performance as the much more haggard Stein for providing that same connection early on.

As for Barry’s love life, it works surprisingly well as a side story. Malese Jow’s Park is very likable and down to earth, so there’s some audience investment in Barry’s efforts to connect with her. Though the “constantly running out on a date” thing has been done before, Gustin’s increasing visual frustration at it makes it much easier to identify with on an empathetic level. Best of all, it it has a open enough ending to continue the arc, but still manages to give up a satisfying conclusion.

Final Word: The Flash’s The Nuclear Man does not disappoint. Robbie Amell fits in to the atmosphere effectively, and though his performance as a clear-thinking Stein doesn’t necessarily wow, he still plays the other versions of his character naturally enough to 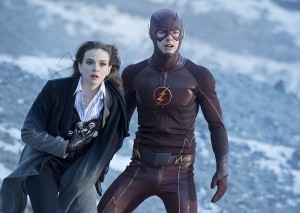 make up for it. Danielle Panabaker puts a little more out there (maybe not as much as she did in Crazy for You…), to create an emotional anchor that I found made it easier to connect with the emotions the story was trying to convey. Joe and Cisco’s scenes were my real sweet treat for the episode though. The story of their investigation is dramatic, simple, and incredibly interesting to follow. I even enjoyed watching Barry try his best at having a love life, though Jow’s Park being just as interesting a character made it that much easier. (though the mechanics of super-speed sex as discussed by Caitlin, Cisco, and Barry was still the best part)

The ending will drop you flat on your ass though, and that’s not really a critique as it’s more of a personal statement. It’s a two-parter from hell that’s unapologetically suspenseful. I mean…it’s good as far as building interest for the next outing.

But, I mean…a week? Buncha sadists.