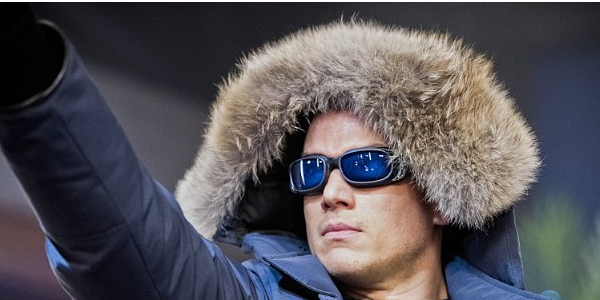 Rogue Time manages to maintain the tension of the Out of Time, but also sets up a satisfactory arena for some multilayered character driven action and drama.

I, like pretty much everyone else, had some mixed reactions to Out of Time’s ending (a steady mix, falling somewhere between awestruck and flabbergasted); needless to say, I was putting a lot of pressure on Rogue Time to deliver.  Well I can say with absolute certainty that I did not leave the television disappointed.  The Flash seems to be building to its climax, by focusing more attention on Wells (albeit with more subtlety than Out of Time) as the season finale villain.  Best of all, his character fits in to the autocorrecting style mythology of the time-travel logistics of the show to equalize the plot-breaking potential of the mechanic. 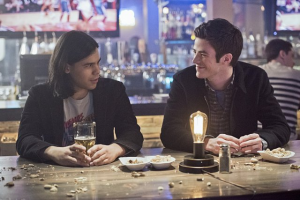 Instead of just creating a Groundhog day sort of paradigm however, the episode is expertly built to expand upon the events of the repeated day by referencing key points, but it also focuses on the variations to create a more interesting version of the story.  I also have to make a special mention of Carlos Valdes’ performance as Cisco Ramon however, for providing the character’s trademarked comedic elements, but also toeing the line with some gut-wrenching dramatic scenes that are so ideally executed that it’s hard not to empathize with his character.  Dominic Purcell and Wentworth Miller get back to the basics as Heatwave and Captain Cold respectively, with satisfying results; Peyton List gives a great performance as Lisa Snart/Golden Glider, but the character itself fails to captivate or make a significant enough impact.  I was also disappointed in the character shift of Eddie and Iris in to mindless yes men at the very end of the episode, after the rest of the time was dedicated to giving them some drama to sink their teeth in to.  It was a cheap work around that harmed their characters’ tangibility in my opinion.

Final Word: Rogue Time is a successful follow up to the groundbreaking Out of Time, but it also comes with its fair share of problems.  After lurching forward so much in Out of Time it was frustrating to watch everything regress.  Wentworth Miller gives one of his best Snart performances, culminating in a fantastically intriguing exchange of words between Barry and him at the end.  Peyton List is a adequate as a Rogue, but she really needs more to do.  Wells’ villain storyline takes a few steps back, but still seems to have the same momentum as before.  The real stand out is Carlos Valdes.  His laid back attitude to the comedy, along with his heart wrenching drama scenes are the perfect recipe for a likable and relatable character.  Honestly, just a fantastic episode in a string of ’em that just seems to be getting longer.