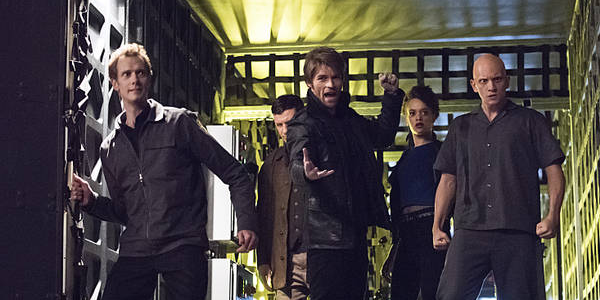 Rogue Air takes chances and sets up an intriguing conflict, but doesn’t quite take off.

I hate to see The Flash stumble, but it’s necessary to recognize its faults as much as its merits.  I’m not going to say that “Rogue Time” fails outright since there are some intriguing complications that come from Barry’s ill advised attempt at bending the rules for a good cause,  but some weak direction and shoddy editing 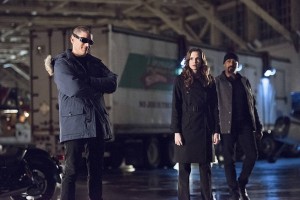 means that the elements and themes that are worthwhile are simply implied instead of actually expounded upon.  Barry’s moral conundrum lacks punch.  There’s some valiant effort on the part of Grant Gustin and Jesse Martin to inject some emotion in to the arc, but the conclusion is the only point in which it seems to have actual weight.

Barry’s plan is ambitious and its success or failure could have been very impactful, but the way it wraps up isn’t necessarily expected or unexpected, it’s just sudden, clean, and a little bit easy.  I’m pretty sure there was a moral there that was supposed to connect, but the whole thing feels sort of tone deaf due to some problematic execution.  It’s not just one moment.   Every so often there’s a slip in the acting or editing that should have been caught, but just wasn’t.  There’s some honest effort here, with a story that really matters in relation to Barry’s journey to becoming a hero.  There’s a welcome addition from a multitude of different Rogues from both Flash and Arrow, but their part is so small that it doesn’t really matter. 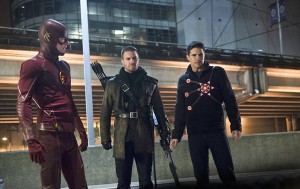 help, but it is shoehorned in to the very last bit of the episode, so you couldn’t be blamed for wondering why they’re there in the first place.  The Eddie and Iris subplot doesn’t get nearly enough screen time to matter as much as it honestly should, there are times when the acting seems unnatural and forced, and the editing doesn’t properly convey the way the time passes throughout the episode (this is especially noticeable during a scene in which Cisco smiles at something Golden Glider says to him, and after it cuts away to something else for a while, when it returns he is still smiling.  It gives the impression that he had been smiling for all that time, and it’s disorienting).  I’m still excited for what the season finale has in store, but this episode failed to build that up any more than what was already there (Okay…I admit there was an audible reaction at Barry talking about Ferris Air’s missing test pilot).  “Rogue Air” was a hard pill to swallow, but it was still worthwhile, or rather enough of it was, to keep it from being a definitive waste of time.