Back to Normal is a chronicle of the extremely ordinary life of Barry Allen, CSI and crimefighter.

If you didn’t get the sarcasm there, Barry is going back to his dull everyday nonsuperpowered life, and despite the episode’s attempts to make it seem that it’s just that, it’s hard to see his life as being that mundane when it involves technical conversations in a super secret science 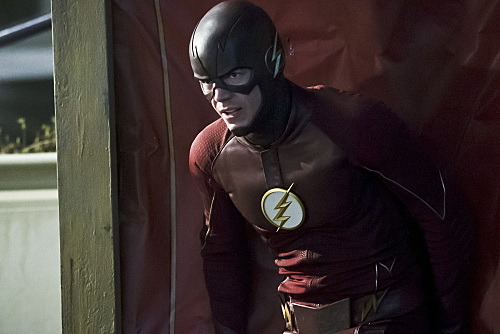 base where he and his team track down metahumans, with advanced computer systems, biological experimentation, and Crime Scene Investigation. Regardless of how interesting even Barry’s regular life is, “Back to Normal” does make it and everything involving it seem incredibly dull. The episode dances annoyingly around some melancholic themes, but never really anchors an emotion to a particular character or scene. Emotion is merely implied, instead of explored. We know the characters of Barry and Harry (Ha!) are sad due to the context and the mannerisms from Gustin and Cavanaugh, but we never get a real sense of how that mindset changes the events already occurring in the episode nor is there any significant character growth in light of recent difficulties.

Despite having a goldmine of possible emotional opportunity in the villain, and a rich history of comics to pull from, Griffin Grey (DC Comics’ Griffin, played by Haig Sutherland for the Flash) is a one-shot baddie with a seemingly interesting powerset; but an anticlimactic, inorganic, and nonsensical resolution.

Final Word: I could go on and on about this one. Honestly, there’s so much about “Back to Normal” that’s just plain boring but the biggest issue here is that it didn’t have to be. Barry’s sudden adjustment to not having powers is barely a footnote despite it supposedly being the main concept of the story. Griffin Grey’s character is clearly in a lot of 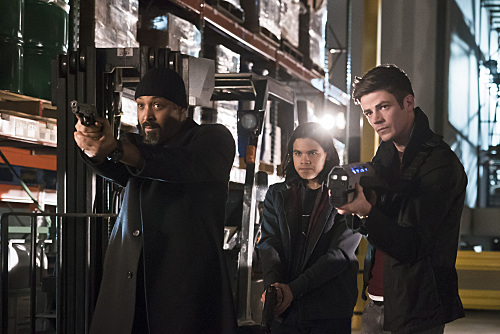 emotional pain, and the idea of a lonely and scared teenager having to deal with both incredible strength and accelerated aging could take full advantage of the limited maturity of said character to deliver a layered villain but he might as well be any other Meta of the Week. Caitlin goes face to face with her doppelganger but it barely registers as a significant event because there’s no (All the people in the back!) emotion. If I HAD to say something about the episode that works though, it’s Teddy Sears’ super creepy boyfriend character. I mean, he’s just really good at being really evil and that honestly makes everything that Barry and Co seem all the more worth it.  Nothing like a good bad guy to keep the story motivated.

“Back to Normal” gets a 6.0/10. I couldn’t say the episode is out and out bad, but it’s just spilling over with missed opportunities and weak character arcs. Zoom though. Just Zoom.