“Family of Rogues” gets up close and personal with the Snarts, and it’s incredibly cool. 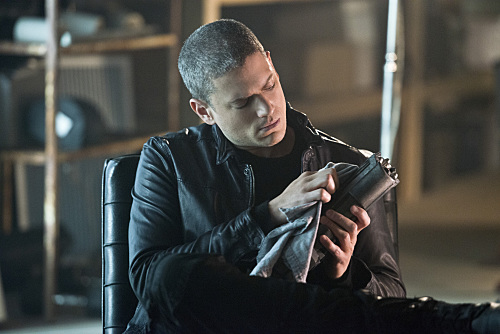 ul plot revolving around the theme of family. The real standout here, surprisingly, ends up being Wentworth Miller’s Captain Cold. We get a little more insight in to his character and personality, with all the sadness that the tragedy of a hard upbringing can deliver. Michael Ironside lends his threatening presence to the episode, and in typical Ironside style, just oozes malice to become who is possibly the Flash’s most vicious foe to date. It’s the way the sad tale of the Snart’s unfolds though between the three characters of Lisa, Leonard, and Lewis that builds the strong foundation that the episode stands on.

The other standout here is an emotional storyline for Jesse Martin that takes full advantage of his acting chops to present a conflict that is both relatable and dramatic. All of this culminating in a moving exchange between Iris and Joe that is chocked full of development for both of these great characters.

Final Word: “Family of Rogues” goes back and forth between moving, sad, and sweet, to cold, calculating, and vicious. It’s honest in it’s themes and doesn’t hold back from making some tough statements on the subject of family. It takes an uncompromising look at the character of Captain 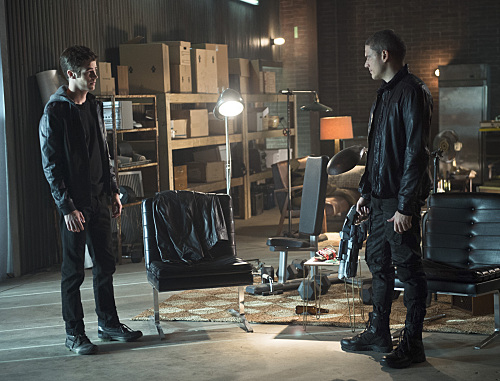 Cold and reveals the very best and worst of the man behind the gun. This is by far Miller’s best Cold performance to date, and only serves to hype his role in the upcoming “Legends of Tomorrow” even more. Michael Ironside lends grim sincerity to the episode with a terrifying presence, and an entire character based on a meta-reference/joke to a certain Cronenbergian film of cranial detention; one which will probably flare up your most annoying friend’s ego for a few hours, as they grin knowingly in the corner. There’s a heartbreaking and moving story between Candice Patton and Jesse Martin that is well acted and paced, leading to a satisfying, and natural feeling conclusion. There are also some real highlights toward the end of the episode that make for great entertainment. Most of it comes from Barry’s charade as a criminal, but Gustin really diminishes his presence and Barry’s leadership qualities to transform in a masterful way, despite also being kind of a clown (possibly making a statement about how Barry sees the criminal mind). A final exchange between Snart and Barry perfectly captures the complexity of the characters’ relationship, and the hidden depth to the man known as Captain Cold.  “Family of Rogues” takes time out of telling Barry’s story to tell that of one of his villains, and honestly, it’s is time that I would say is very well spent.