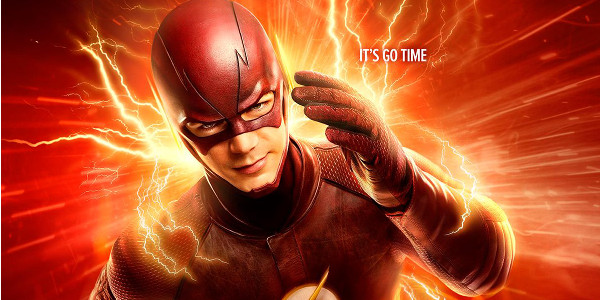 Barry gets the yips, and that would probably funnier if he wasn’t all that stood between Central City and Grodd’s rage.

The Flash has been beaten by Zoom in a way that has shaken his confidence apart. It’s heart wrenching to see Barry doubt himself, but it’s nothing short of amazing to see a show that is willing to break down 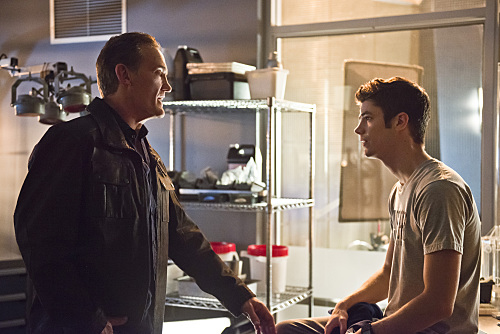 its hero for the sake of character development and empathy. This is a low point for Barry, but an enlightening one as well. “Gorilla Warfare” has an obvious theme of things getting in to your head. It’s a two prong idea that brilliantly works as both the external and the internal conflict, due to Barry’s post-traumatic stress from his defeat at the claws of Zoom and Grodd’s ability to control people’s minds. The story is rife with character development on all sides, with everyone getting a solid treatment and plenty of screentime. Grodd’s motivation is both tragic and terrifying, and makes his presence all the more threatening. Wells finally gets a reasonable position in the story, that Cavanaugh plays with convincing reticence. What really makes the episode work though is the scene between Barry and Henry, as John Wesley Shipp returns for a guest appearance that is just the emotional jumpstart to push Barry’s turmoil to its tipping point.

Final Word: There’s so much going on in Gorilla Warfare that it feels like the episode should be too polarized to work on all the levels that it does, but the clever blending of themes of camraderie, family, and home keep everything combined together without wasting anything. All the characters work together in a satisfying way, and their cooperation really sells itself as their primary edge against their opposition. There are also some nods to Hawkgirl and Gorilla City that foreshadow some possibly intriguing plot-points later on.

“Gorilla Warfare” get a 9/10. It’s a near perfect blend of action, drama, and comedy that serves as more evidence as to why people should keep coming back to The Flash.