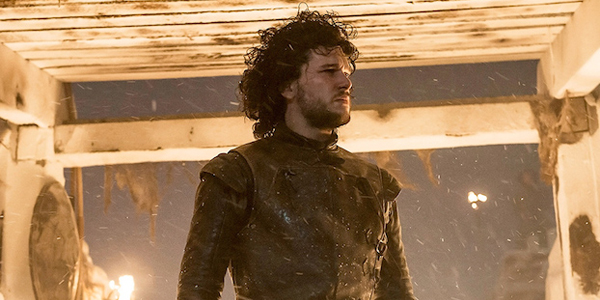 If you were hoping to see Tyrion’s fate or Dany being deliciously awesome as always, “The Watchers on the Wall” is not the episode for you.

I am torn with this episode of Game of Thrones because it literally focuses only on the Night’s Watch and the battle between them and the Wildlings and Thenns and Giants (oh my)! The Night’s Watch are my least favorite group of people to watch, right after Bran and his weird eye tricks and Hodor hodoring. And I thought this episode was extremely cheesy— but for what it was, it was cheesy good. I never understood calling something cheesy, because I equate cheesy with delicious goodness, so how could it ever be comparable to something bad or mediocre? 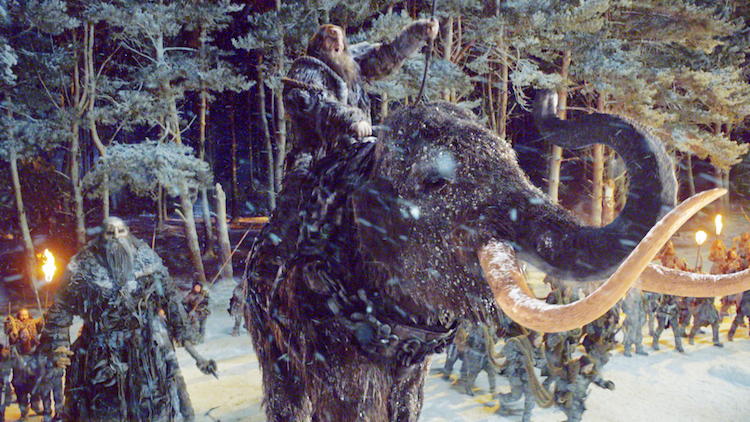 Anyway, everything you wanted to happen in this episode happens, we learn a few good life lessons, and Ygritte says “You know nothing Jon Snow” and that’s always a good time.

Speaking of Ygritte.. Why? That is rhetorical, I know why. A lot of people disliked Ygritte; they thought she was annoying. And while I can see why, I however really connected to her when Jon takes off. You know the scene, the scene where she’s pelting him with arrows. Each arrow was like an arrow through my heart.. Oh god, that was bad, I can’t believe I just wrote that. But the truth is that I’ve been on the receiving end of betrayal. I think anyone who has can at least somewhat sympathize with Ygritte. And that’s bad enough, feeling her pain as she purposely misses Jon. She wants him to feel the pain she felt, slowly, and not die a quick death. But when she hesitates to kill Jon in this episode, we know why. Confrontation.

She could have easily killed him, but instead she essentially died for him. I won’t lie, I had to hold in a few tears when she talks about the cave. I’m only human! I loved how the show blurs the lines between good and bad. Being a Wildling is very symbolic; you’re essentially a wild creature, with no human emotions or lack of blood lust. But Ygritte learned to love, she learned to be somewhat human. This is evident when she saved Gilly last episode. And I really appreciate the idea of someone not necessarily being bad because they’ve been taught to do bad things. And the other way around. Just because you’re equated with good, doesn’t mean you really are.

This episode is action packed, so if that’s your thing, “Watchers on the Wall” is definitely for you. There’s blood, there’s fire, there’s cursing—the whole package. I personally prefer subtleties within the show that really make the viewer think. And unfortunately, I felt as though the life lessons that could have been incorporated this way were instead spelled out for us instead. 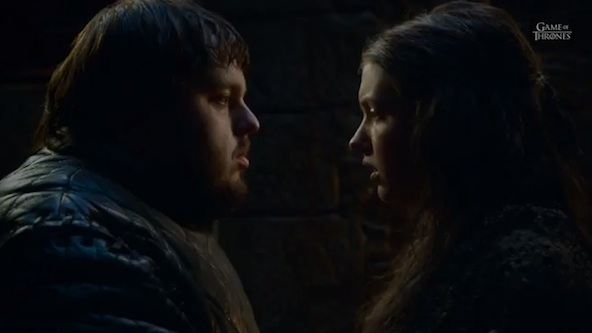 Sam finally bucks up and tells Gilly how he really feels. This is the part that I thought was extremely cliché; he declares how he’ll never leave Gilly, wherever he goes, she goes. All of that. And I didn’t like this addition. He seems to be declaring too much bravado, which actually seemed like a front. And that is when it hit me:

That is the point– whether or not you feel brave, you have to at least pretend and fight a little bit. The life lesson isn’t just necessarily standing up and doing what’s right, and saying what you feel instead of holding it because you never know when it’ll be gone for you. Sure, these things are there. But it’s the idea of being brave even when you’re scared.

Sam makes a great point to Pip when he says that when you’ve got nothing to lose, it’s easy to be unafraid. But it’s when you have everything to lose, like Sam with Gilly, that you truly have to fear something. But the point is to stand up to this fear regardless. It reminds me of a quote from To Kill a Mockingbird by Harper Lee: “I wanted you to see what real courage is, instead of getting the idea that courage is a man with a gun in his hand. It’s when you know you’re licked before you begin, but you begin anyway and see it through no matter what.” That is the epitome of this episode.

I just have to thank George for not having Sam die, because after last week’s episode, I think we could all take a break from the heart wrenching deaths.