TV Korner: Game of Thrones 5.1: The Wars To Come 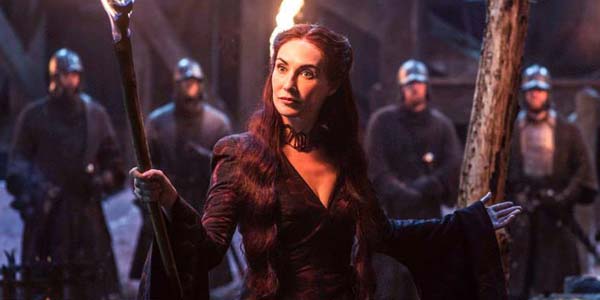 It has been just about a year since fans of the hit HBO show Game of Thrones parted ways with the fourth season, a season that assaulted viewers with nonstop surprising twists each episode. Some of us are still not over the fate of Oberyn Martel, if that’s any indication of the trauma endured at the hand of this series. However, season five starts off with a satisfying episode that seems to hint at sweet, sweet vengeance, or if nothing else, plenty of dragons.

The premiere of season five went by quickly, but in a concise, nicely packaged episode. Most of the hour was fine tuned to set the stage for the upcoming season. Aside from the opening flashback, each scene was crafted to give just enough information. There was no filler, and that is why the episode flew by; nothing dragged on. Starting with the opening scene, viewers get a glimpse into a young Cersei, obvious right away by her defiant, and tempestuous attitude. I write strictly from the viewpoint of someone who only watches the show, so for me I wasn’t entirely sure of the significance of this flashback. Perhaps because we as viewers already know everything the future teller tells Cersei, it doesn’t come as shocking. I am curious to see if there was more to this encounter of characters, and if anything, it gave me a little bit of the creeps, which I am always a welcome fan of.

Most of my observations on the episode focus on the themes of freedom, and betrayal. The parts of the episode that feature Mance Rayder really solidify conflicting ideas of freedom in this show. We left off with Stannis taking over, and he has offered Mance his life in return for loyalty. He offers protection, and land, in exchange for the Wildlings’ serving under his banner… Essentially, Mance is to pledge loyalty or die. At first I sided with Jon Snow, who scolds Mance for his pride, and for refusing this deal.  The entire time I could not understand why Mance would not just give in—but can you truly call it freedom if you’re being forced to choose it? That seems like an odd concept to wrap one’s head around. Freedom is always freedom, right?

This is also something to consider when reflecting on Khaleesi and her acts of freedom. She frees the slaves, bans pit fighting, but we’ve already had people beg for these things to come back. Freedom is not as clear cut, and often times it is neglected in pursuit of what is right. But is it right to deny freedom simply because a person’s free choices do not align with your ideas? Two important sayings from both Khaleesi and Mance reflect on these ideas: Khaleesi states that part of freedom is the right to choose whatever you please, whether or not she agrees with it. She says this at the end of season 4 to a man who wishes to still be hired by his master. And Mance said all he ever wanted in life was the freedom to choose his fate, good or bad.

This episode truly shows that freedom is never free, and sometimes you have to pay with your life to obtain it. I didn’t know I even liked Mance until it didn’t matter anymore, but he represents one of the biggest existential ideas in the show, and I am interested to see what Jon Snow takes away from this. He’s already shown his defiant side, and the question is where he will go with it?  You know the old saying—Once you go Wildling, you never go back..ling? An old adage that does resonate with this episode is the saying: “Those who stand for nothing fall for anything” by Alexander Hamilton. This scene also demonstrates the show’s underlying religious themes that become extremely potent when Mance receives his fate. We have an ever present vengeful God who punishes those for not choosing him, and this becomes obvious when Melisendre gives her little speech. Just because the Wildling’s beliefs differ so vastly from others, does it make them anymore savage than those willing to burn people at the stake in the name of their God? Something to think about.

The idea of betrayal, and mystery, shrouds most of the scenes in the episode. Sansa and Littlefinger, Tyrion and Varys, Maergery and Loras, Lancel and Cersei—all of their scenes hints at things to come in a very dark, and mysterious way. Will Cersei face retribution for acts she refuses to admit she had part in?  Will Maegery’s utterance of “Perhaps” become a prophecy rather than the whisperings of someone bored and waiting? Sansa’s exchange with Littlefinger is quick-witted and surprisingly dark for her character, which just goes to show her transformation. She makes good points though—You cannot trust anyone, and it leaves me questioning every intention. Her hair even appears darker, which is somewhat symbolic for the direction her character seems to be heading.

The first episode was incredibly satisfying without giving too much away. Each exchange between characters was enough to leave fans salivating for what’s to come, without dragging on conversations that seem to fill the void between character shifts. Finally, I will end with this important plot question: who thought it was a good idea to put wide-open painted eye rocks on Tywin’s face? Was the idea to literally terrify small children? Because it certainly did the trick for me.