TV Korner: Game Of Thrones 5.2: The House of Black and White 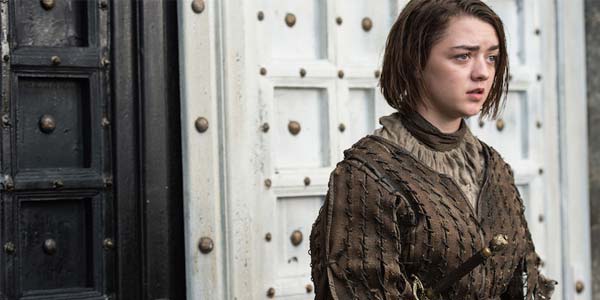 For those of you Stark fans still recovering from the red wedding, perhaps there’s still hope that this family can regain the throne and seek vengeance for the wrongs done to them.

Up until now it has been much to my dismay that House Stark is a common favorite amongst viewers. What people viewed as regal and fair in Robb Stark, I found to be boring. What people viewed as noble and forgiving in Ned, I viewed as weak. And if we don’t agree that Catelyn could at times be shrill and nagging, I’m not sure we were watching the same character. At least, those were my views when I first read the original book, and began watching the show. It is only after seeing the behavior of some of the more vile and reprehensible characters that I grew to appreciate the Starks for what they represented: loyalty, honor, and fairness. I recently commented to a friend that there were no longer any Starks, at which point I was reminded of the sisters. And this revelation made me realize that the Starks are far from over in terms of recapturing the throne. The one thing that I was overlooking was the fact that the source might just come from the rejected Starks.

I’m not just talking about Jon Snow, who from the very beginning has literally been rejected as a Stark because of his bastard status. I am talking about the sister Starks, who are overlooked because they are female. And while I cannot say I am completely hooked on Bran’s necessity, his last appearance on the show proved to be captivating. And let’s be real, Hodor might just be the secret weapon holding everyone else back from getting the throne. I am also going to throw this out there, and people may disagree, but perhaps one could somehow consider Theon an honorary Stark. Yes, I understand he completely betrayed them. Yes, I understand he burned children. But if I could conjure up the worst punishment he could possibly endure to pay for these crimes, getting his junk chopped off would probably rank pretty high up there. He was raised amongst the Starks, he was practically a brother to Robb. I am going to call Theon… Reek?… a Stark at heart. Betrayal does not cut off familial ties, as proven by the Lannisters, so while he did do some messed up things to his supposed family, almost every character in this series has done something reprehensible. It’s pretty much a rite of passage in this fictional land.

My point among mentioning all of these characters is that they share something in common with one another, and that is that they each have some quality about them that has made them appear as less in the eyes of others in the show. The sisters because they are female, Jon because he is a bastard, and Theon because the only family that would ever accept him, he betrayed, and his own father abhors him. There’s clearly a lot of daddy issues in this show. However, episode 2 of Season 5, “The House of Black and White,” has shown why each character, save Theon, might actually have a hidden knack for the throne. 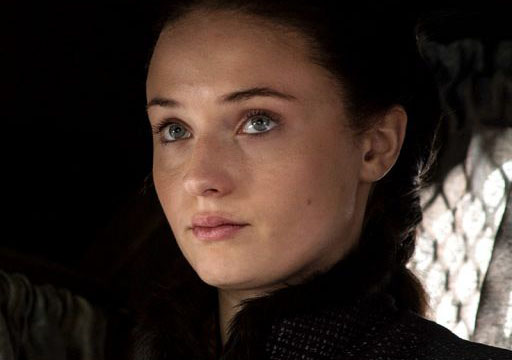 While Jon’s scene was extremely cliché and corny to me, it showed him in a new light. He’s respected by his fellow brothers… he literally denies himself the opportunity to take the Stark name because of the oath he made to the brotherhood… he’s compassionate, and he’s brave. If that’s not a Stark by definition, I don’t know what is. Sansa is far from the timid, sniveling little girl she once was. She’s dark, and cunning, and she doesn’t need protection. While it may seem she’s falling into Littlefinger’s trap, I couldn’t help but notice the way in which her eyes followed Brienne when Brienne offered her services. It was almost as if she were considering it, even as she said no. Perhaps there’s more to her that she’s hiding from Littlefinger? Perhaps plans of her own that we may never have seen coming?

Finally, there’s little Arya Stark. She has become one of my favorite characters in the show. For a her age, and stature, she’s managed to stay alive this long. She’s feisty, and determined, and I wouldn’t be surprised if she’s capable of things far beyond the scope of our imagination for such a young girl. And her last scene in the most recent episode has brought up an important question I’d like to see unfold in this coming season: Will these Starks literally have to eschew their entire identity to not only bring vengeance for their family, but take back the North for it? Essentially, does one have to rid themselves of everything they are, in order to capture it all back? Jon rejects the Stark name, Sansa dyes her hair, goes into hiding. Theon doesn’t even know who he is. And now we have Arya finding the Black and White door, bringing us face to face (Get it, face to face? Because of the guy with many faces? Please laugh..) with this revelation that maybe these underdog Starks have to forget about their name for a bit in order to bring it to fruition later on.

I say Theon is totally fooling everyone, and George R. R. Martin is just waiting to unleash this plot twist amongst all of his fans. We’re on to your tricks, Martin.