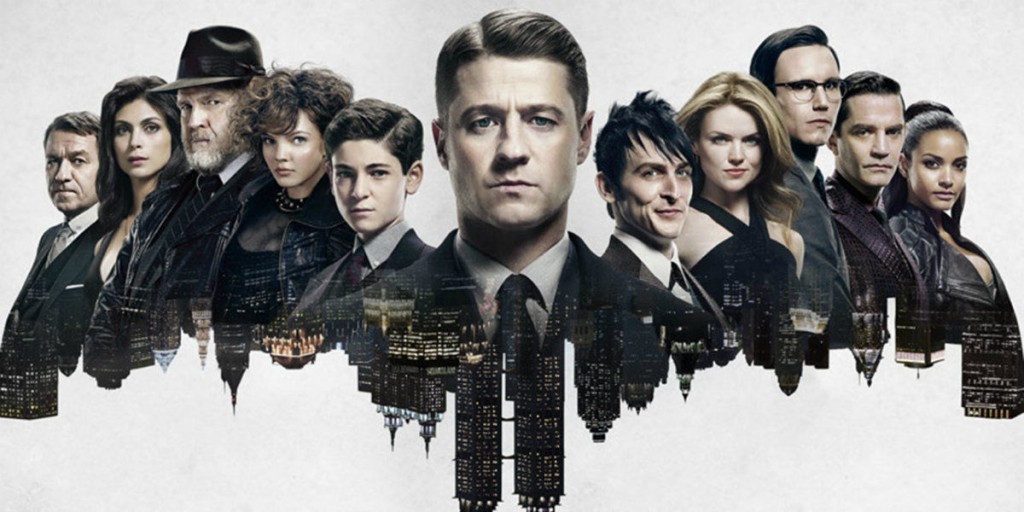 Gotham has come back, but should you as well?

There’s Batman fans, and then there’s everyone else; and while Gotham clearly wants Batman fans to be interested in this new interpretation of the legendary mythos, it’s also perfectly content to leave them behind as its story unfolds.  In other words, “loose interpretation” is a phrase that springs to my mind about how Gotham is approaching the origin of not just Batman, but pretty much everyone involved.  This is a heady undertaking, and while Gotham didn’t win as many fans as it lost (especially in the first part of season one), it has no problem with picking the ball up and running for the goal anyway.  That’s what Season 2 is all about and whether or not you stuck with Gotham to the end of season one, there’s no doubt in my mind that “Damned If You Do…” is a categorical success.

The magic word here is commitment.  There’s a lot more certainty this time around in both the characters and the story, and most of it works determinedly.  It feels odd fitted on Barbara Kean’s (Erin Richards’) character however, since the majority of her role in season one was dedicated to figuring out what the hell they were going to do with her.  Regardless of that minor inconsistency, everyone (including Barbara) suddenly seems to know exactly what their role is.  Edward Nygma (Cory Michael Smith) is enjoying a sharp decline in to either schizophrenia, DID, or flat out shoes in your mouth insanity, with Smith playing both roles with convincingly different personalities.  Though an impressive showing, this aspect of his character is not explored very thoroughly in this first episode.  Jerome (Cameron Monaghan) continues to be electrifying, overly at times, which depending on your perspective of the Joker might be a positive.  Ben Mackenzie’s spiritual channeling of Frank Miller’s Detective Gordon makes his brief step on the wrong side of the law that much more affecting for his character.  Robin Lord Taylor’s Penguin has really stepped in to his supervillain shoes that still brilliantly seem too big for his feet.  Bruce (David Mazouz) has really changed, and that transformation has been steady, but his masterful dismantling of Gordon’s apology was truly cold Batman-like logic at its finest.  Lee (Morena Baccarin) ends up being a great companion to Gordon. She’s intelligent, hopeful, and strong willed. She makes a nice contrast to the darkest parts of his character.

There’s a real directorial shift from scene to scene. There’s the sepia tones of the mob story with penguin. The blues and blacks and mid lighting of the police station, the gray and white colors and sudden camera movements of the asylum, and the rigid and much more personal directorial style for the scenes with Bruce and Alfred.  To me, that revealed an emphasis on building four separate stories, each with their own tone. It’s heavy, but provides an incredibly well rounded view of Gotham’s many different worlds.  Of course there were stumbles with an odd scene transition and introduction for what is possibly the season two big bad, Theo Galavan (James Frain) and a particularly brief couple of uses for a running cam that didn’t add to the tension, but rather created a disorienting and unnecessary shift in the pacing.

Final Word: Gotham Season two’s premiere didn’t disappoint if you’re a fan of season 1.  If you’re strictly a Batman fan however, you might have a harder time enjoying it.  As someone who teeters on the line, I found that I felt less like I was being force fed Batman mythology than I did during season one.  I also appreciated the tonal shift between stories, as well as the dedication to telling a Scorsese-style crime thriller over a comic book origin story.  Of course things get a little campy, including a really over the scene involving a disembodied head, but with the actors’ playing their roles with such sadistic glee it’s hard to get sidetracked by minor blemishes like this.  Plus, if you know anything about Batman’s villains, then you know that they can push the boundary of what is considered criminal behavior and pure and unfiltered evil.  Whatever Gotham is, it’s left it’s awkward teenage phase, and has started stomping right towards…well…something.  Wherever it’s going, it seems to be moving with purpose.  Curiosity dictates that we follow.  Now, whether that destination is actually buried treasure or a sudden ninety degree descent in to angry Batfan infested waters remains to be seen.