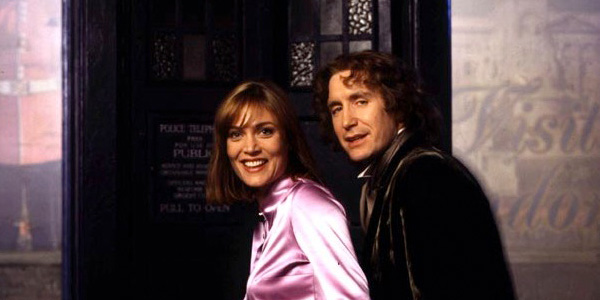 Daphne Ashbrook; actor, author and now filmmaker; is doing what a chosen few have gotten to do – travel in the TARDIS with the Doctor!

She starred with Paul McGann, the Eighth Doctor, in the 1996 movie, DOCTOR WHO, that aired on Fox. It was joint venture between American and British companies trying to give the Doctor a new life on American television after it had been canceled in England in 1989. (However, praise Rassilon the Doctor returned in 2005 with the Ninth Doctor, Christopher Eccelston!).

Daphne had spoken with us back in the days of Pendragon’s Post and is frequently a presence at “Doctor Who”, science fiction and comic book conventions and greeting the fans.

She talks with us a Kastor’s Korner about her new project, an IndieGoGo campaign to help raise funding for a movie she is producing entitled “Once More with Feeling.”

Daphne also spoke to us about her time on the TARDIS, her approach to acting, the convention scene and how proud she is of daughter, actress Paton Ashbrook!

Also, please support the IndieGoGo campaign! It goes to a good cause!