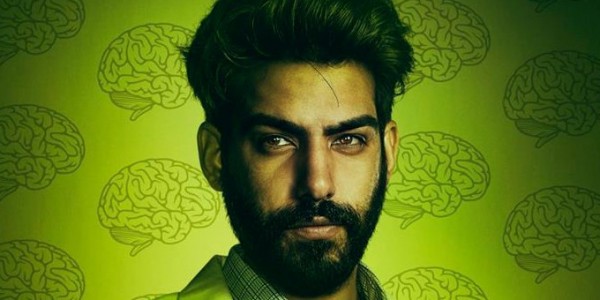 This week iZombie drags its characters’ secrets in to the open.

This biggest draw of “Pour Some Sugar, Zombie” isn’t Liv’s penchant for pole-dancing (though that is entertaining), it’s Peyton’s active role in the case; as well as her complete misunderstanding of how Liv’s brain eating works.  The best uses of this particular aspect of the episode are obviously the scenes of Liv and Peyton trying to trigger a vision by visiting the strip club the victim used to work at.  It plays hilariously off of their relationship using the extroversion of the brain Liv’s on to create moments of well acted comedy between the two characters.  This is really just a bite of the episode though, as Clive and Liv eventually team back up to do the standard iZombie legwork.  Surprisingly, despite being formulaic, this episode’s main mystery is much more well realized than some of the previous season two fare.  The characters are interesting, memorable and varied.  The hook makes a lot of sense but still adds an unexpected element to the proceedings, and as usual it all comes full circle to allow some internalization on Liv’s part.  It all goes down relatively smooth.  I was less interested in Blaine’s amnesia situation, but I still want to see where it all goes from here.  The real hero of the show is Ravi though.  The Chaos Killer arc has come to a head as Ravi becomes privy to far more clues to Major’s nighttime activities than he can ignore.  Ravi’s detective work is simple but also effective and characteristic.  This is where Rahul Kohli’s dramatic work really excels though.  We haven’t seen Ravi go this serious in the series yet, but I got chills at Kohli’s performance despite that, with Robert Buckley’s reactions backing it up spectacularly.

Final Word: “Pour Some Sugar, Zombie” is a near perfect installment of iZombie’s sophomore season.  A lot of the character arc’s are gestating still, but a few have really moved forward including the Chaos Killer arc, Peyton’s case against Mr. Boss, and Liv’s investigation in to Drake.  The main mystery of the episode gains most of it’s heading in the final act, but the ride there is thoroughly entertaining thanks to a well conceived list of suspects, settings, and relationships.

“Pour Some Sugar, Zombie” gets a 9.0/10.  Plot development, a good mystery of the week, and some entertaining interactions makes this episode of iZombie a tough one to beat.