TV Korner: iZombie 2.4 – “Even Cowgirls Get the Black and Blues” 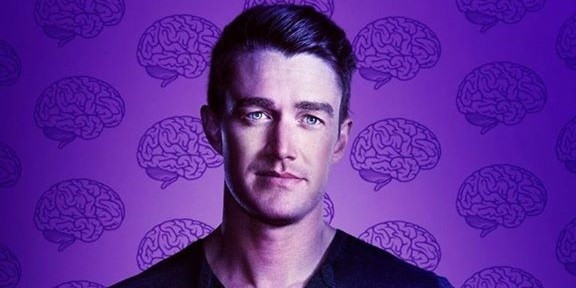 Even Cowgirls Get the Black and Blues has all the melancholy of a slow country song.

The thing that makes Liv’s latest culinary feat work isn’t the murder mystery this time, but the development of the interpersonal relationships between Liv and her friends. In typical iZombie fashion, there’s still a lot of humor that comes out of Liv’s new personality, but it’s not the funny parts that are easy to connect with. It’s the depression, reality of the struggle of love, and the tragic randomness of the ending that really counts this episode as one of the more personal stories of the series.

Liv’s foray in to Lacy’s (this week’s brain) mind clears up her perspective about the destructive nature of her relationship with Major. It’s sort of a “duh” moment for the audience, but McIver sells it with real emotion. As an actual southerner though (not by choice, mind you…) I couldn’t help but cringe at the stereotypical southern idioms that Liv would randomly spout, which unfortunately made her character less real, despite having a sad story that was easy to relate to. The depression of Major’s story also stood out as a very real interpretation of the effect of drugs on a productive and sensible human being, but it was also contextually sound as we witness how his relationships begin to collapse. It’s heartbreaking to see the tragedy that his loyalty to Liv has wrought, but it strengthens the sheer gravity of her secret, and how it affects the people around her. Despite the negative effects of her condition, it was refreshing to see Peyton’s dedication to salvaging her friendship with Liv. It’s a reasonably conveyed emotional anchor that keeps the story from becoming too downtrodden.

There’s a little bit more Blaine this time around as he begins to unravel the mystery behind the tainted utopium, and take the fight to “Mr. Boss” (“A name that’s as uncreative as it is terrifying.”). David Anders’ charisma ends up making the sideplot thoroughly entertaining, despite having some shallow motivations, and uncomplicated characters.

Final Word: Following along with the main murder mystery is ultimately worth the price of admission, thanks to the tragic simplicity of its solution, and a few red herrings and twists that prove the theme of the tragedy of love. Major has really sunk to low’s that were previously unimaginable, but it’s the brooding turmoil from Robert Buckley that makes his sad tale something much more emotionally significant. Rose McIver’s performance is both sad and sweet, and her singing marks the turning point of the episode as things start to get more personal for all the characters. There’s a bit of a cut in though as Blaine provides a reprieve in the story that isn’t so much “comic-relief” but is still witty and amusing, thanks to David Anders’ proficiency at playing the bad guy you both love to hate and hate to love. “Even Cowgirls Get the Black and Blues” may be one of the more dramatic episodes of the series, but some revealing character moments and a jaw droppingly simple solution leaves behind a feeling that sticks. Ultimately, that’s the greatest success of the episode. It’s hard to think of all the bad things that can happen in this funny old world of ours, but “Even Cowgirls Get the Black and Blues” proves that sometimes it’s the stories with the sad endings that end up sticking with us.