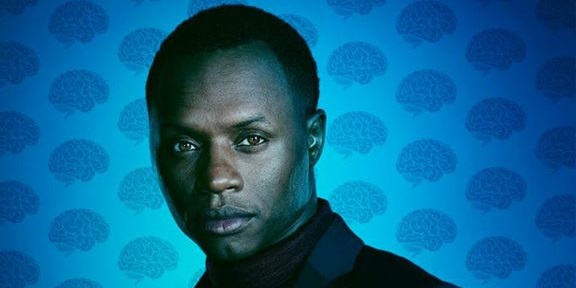 This week’s iZombie doesn’t care about the main mystery, instead they’re perfectly content to put all of that effort in to developing the interpersonal relationships.

“Love & Basketball” tells the inspirational story about a zombie medical examiner who eats a pee-wee basketball coach’s brain, and leads a ragtag group of kids to a national championship! Of course only some of that is true, but the stereotype of the inspirational basketball coach is a fun and unusual one for McIver to play with, that for once, doesn’t get run in to the ground. The main mystery doesn’t matter, pretty much at all. In fact (*spoiler alert*) the killer is revealed offscreen, if that gives you any idea of its significance. Instead we see some character development in the realm of Liv, Babineaux, and Major. Liv and Major’s relationship seems to really mature, as Major tries to crawl out of his rut and get back control of his life. We’re able to get a positive character moment for Major, as he takes over the coaching responsibilities of the pee-wee basketball team after their coach’s murder. This new storyline calls back to his days as a youth counselor, and we have seen that Robert Buckley has the ability to balance authoritative with approachable, so he fits in to this new role perfectly. Major’s involvement with the kids on the team adds gravity to his responsibilities as a zombie killer. It’s not subtle, but in a way it makes the sudden realization all the more arresting.

The big surprise of the episode ends up being some serious development for the character of Babineaux. Not only do we finally catch a glimpse of an emotional reaction from his usually restrained character, but his investigation in to the Meat-Cute Massacre gets a serious jumpstart to foreshadow some compelling storylines coming up in future episodes. There’s a short conflict on the part of the “Cure” involving Ravi and Blaine, set to “Friday I’m in Love,” that is immensely entertaining and is the moment that got the biggest reaction from me, thanks to its absurdity and…well…the Cure.

Final Word: “Love & Basketball” puts the mystery of the week on the backburner, but makes great leaps forward for the stories of its starting lineup. A nerve of Clive’s is finally revealed, that elicits an emotional response that adds a layer of humanity to his character, I also really enjoyed the brief interactions between Clive and the…FBI agent…(I really need to learn her name) that give us a glimpse at his personal interactions to develop his character more, and despite the mystery of the week being delegated to a supplementary for “Love & Basketball” it doesn’t diminish Clive’s awesome contribution. We get to see the way his mind puts together pieces in an understandable and easy to follow way without coming off as being unnaturally oriented for the sake of the story. Major takes some steps towards rebuilding his life, that is fraught with conflict, though his character is expanded on masterfully as he endures through it with positive results. Liv’s story seems to unfold through Major’s eyes, and as a result we’re really able to see her character as he does. It adds depth and mystique, but also makes her seem all the more appealing as a heroine.

“Love & Basketball” gets an 8.7/10. The focus on Babineaux is a perspective that the narrative has been hurting for, and the kickstart for his investigation in to Meat-Cute foreshadows a very exciting future for the season.