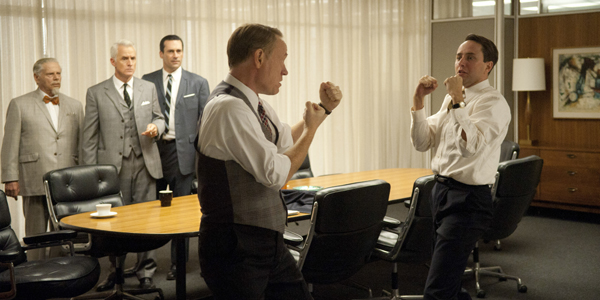 After last week’s foray into some seriously dark territory, Matthew Weiner and company wouldn’t have been remiss to tone things down a little bit for this week.  Instead, they took the focus off of Don and put it on Pete, who is slowly becoming the show’s most compelling and tragic character.  All in all, “Signal 30” was one of the best episodes yet.

While this week’s episode managed to juggle multiple great story threads at once, it devoted most of its time to Pete and his continuing downward spiral.  It would appear that he has everything; a loving wife and child, a beautiful home and a high-paying career.  He also has a massive inferiority complex which seems to overtake all that other stuff.  It’s becoming more obvious that he treats Roger so badly not to rise in the ranks of SCDP (though that might be part of it) but to feel superior to another man.  When Pete first catches a glimpse of the high-school girl in his driver’s education class, he immediately sees her as an opportunity to cheat on Trudie.  When another good-looking guy enters the fray and steals his attention, Pete immediately feels emasculated and jealous, which leads to some bad decisions later on at a brothel.

And then there was the fistfight between Pete and Lane that came out of nowhere.  It stood as one of the funniest scenes the show has ever had; when Don got up to close the shades I couldn’t help but laugh, and Pete’s reaction to Lane’s proposition was absolutely priceless.  Although it wasn’t choreographed or acted all that well, it effectively showed Lane doing something that everyone at SCDP has wanted to do for a while now– punch Pete in the face. 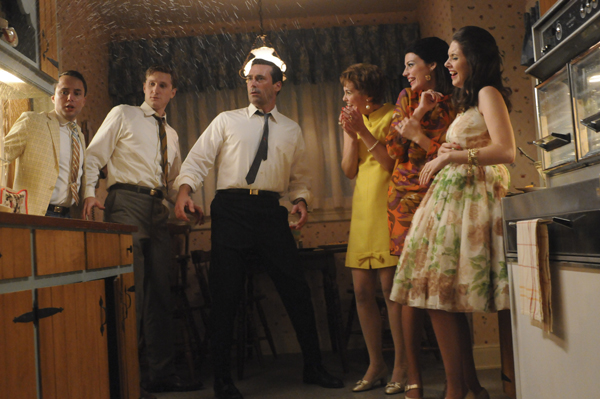 “Signal 30” packed so many great character moments into its 45 minute run time.  It was fantastic seeing the boardroom table occupied by the partners again with Joan sitting at the head.  Lane was ecstatic to inform everyone of his possible acquisition of Jaguar, and the hurt he felt when Pete immediately showed doubt in him was obvious.  Lane’s sadness was only amplified when his failure to close the deal, despite Roger’s touching and heartfelt advice, came to a head.  I really loved how the episode drew parallels between Lane and his former disciple Pete; while the former was failing at trying to be good at his job, the latter was being equally unsuccessful at trying to be a horrible person.  They both have major feelings of inadequacy and self-doubt and it’s interesting to see how they both deal with those feelings in their own ways.  Lane is obviously falling for Joan (who, oddly enough, was still wearing her wedding ring) and Pete is falling for…well, anyone that he can get.

The only other character who had much of a role in this week’s episode was Ken, who had a lot of unwanted attention brought to his writing.  While everyone at SCDP has his secrets, Ken’s is probably the most benign.  When his wife wouldn’t keep quiet at Pete and Trudie’s dinner party you could see the pain in Ken’s face.  Like Don, he wanted to keep his work life and private life separate; also like Don, his wife dashed any hopes he had of that.

This episode really pared down the cast and examined Pete with a fine-tooth comb. The fact that only one or two characters can carry a full episode attests to the strength of the writing and the proficiency of the actors. Pete, who started out as the meek and awkward guy in the office, is becoming a lot like a younger Don complete with fidelity issues and a bluntly self-destructive attitude, and I can’t wait to see what the future holds for him. 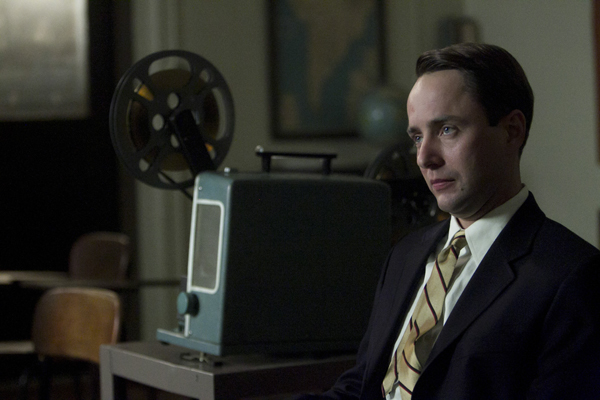