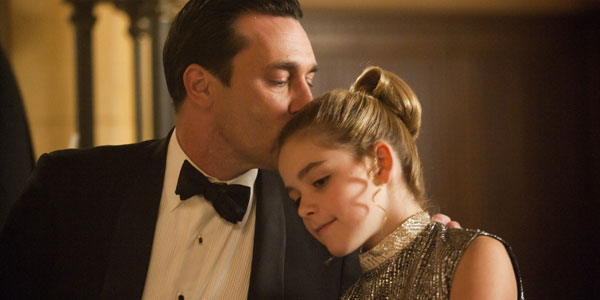 This week’s episode of Mad Men was full of disappointments.  No, that doesn’t mean that I was disappointed with the show; it means that almost every character was severely unhappy about something.  The balance that “At the Codfish Ball” struck among the many different storylines was incredible and it ended up being a solid, if somewhat subdued, episode.

“At the Codfish Ball” started with a bang (or maybe a thud?) when Francis’s mother tripped over a phone cable and broke her ankle.  Sally was to blame for this as she was talking to Glen in the secrecy of her bedroom and stretching the phone cord across the hallway.  She blatantly lied about the occurrence to Don later, showing that a lack of proper parenting has already had a negative effect on her.

The bulk of the episode focused on character’s perceptions and expectations of certain things being thrown for a loop.  Megan had an excellent idea for the Heinz ad campaign, which ended up saving the company from losing the account.  We finally get to see her natural creative talent come to light, but even when the whole office tries to congratulate her, she seems downright unhappy.  We later learn from her father, who was visiting from France and had a doomed visit with a book publisher in the city, that she is simply settling for a career in advertising.  She broke a nut that even the hardworking Peggy couldn’t begin to crack, and she still wasn’t happy.  Her heart was clearly elsewhere, and I really hope we get to learn more about Megan’s true aspirations in the coming episodes. 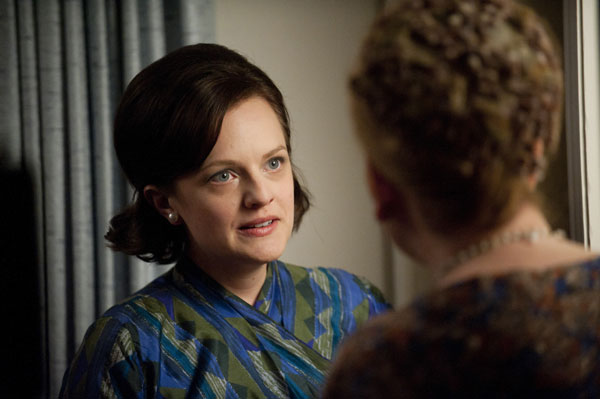 Of all the emotional rollercoasters in this week’s episode, Peggy’s was arguably the most twisted.  She went from believing her boyfriend Abe was going to break up with her to being overwhelmingly excited at the prospect of being engaged to (thanks to Joan’s speculation) to being upset when that wasn’t the case.  Her uber-religious mother’s advice didn’t exactly help either.  As Elizabeth Moss pointed out in the additional episode material on amctv.com (which every fan of the show should really be watching), Peggy is so capable and driven in the office but almost inept in her social life.  It’s a character trait that I think any introvert can relate to and sympathize with. 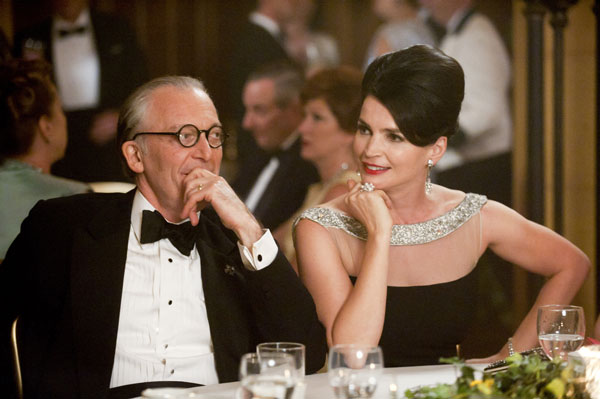 The episode ended at the American Cancer Society award dinner that Don was honored at for his editorial piece on the dangers of cigarettes.  He had his own revelation when he was told point-blank that no tobacco company would ever want to be his client again.  His shrewd businessman façade faded into a look of genuine hurt and concern while he was hearing this, which was a rare moment indeed for Don Draper.  Sterling was acting more like his old self at the dinner, getting some action from Megan’s touchy-feely mother while her husband sat unaware in the next room.  Sally peered in the room and got her first real glimpse of the seedy world that her father belongs to.

The final shot at the dinner table where everyone sits contemplatively, reflecting on how much their worlds have changed in the last hour, was a reflection itself on how the little things in life – finding out what others really think of you, seeing someone’s true colors for the first time – can leave the largest impressions. 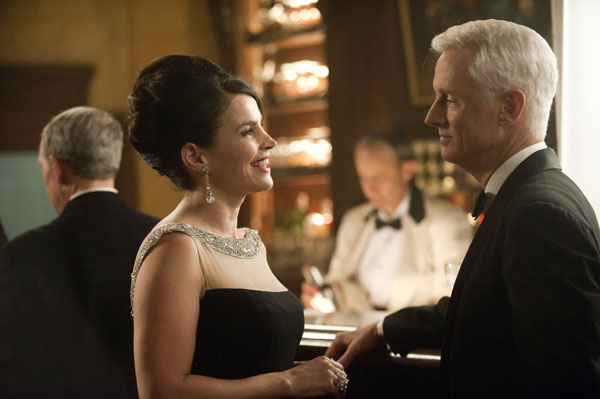