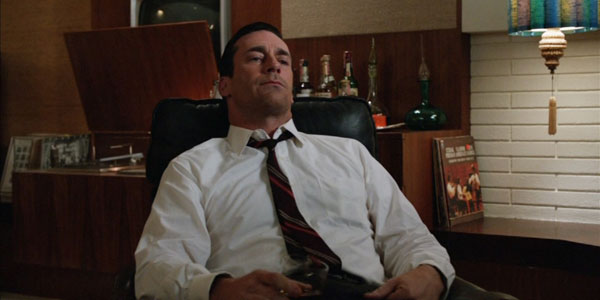 It’s been another intense week at SCDP. After last week’s foray into all kinds of disappointments, it seems about time for a little bit of redemption… but coming at it straight away wouldn’t be much fun, so instead “Lady Lazarus” continues to build to a decisive make or break moment for the increasingly conflicted Don Draper, and a subtle cliffhanger that packs way more punch than an horde of zombies or a terrorist threat ever could.

There’s plenty to love in this week’s Mad Men– from Pete’s completely misguided would-be affair with the unhappy wife of his train-riding buddy (guest star Alexis Bledel) to Peggy’s epic meltdown as she finally tells of Don– but really what we get in “Lady Lazarus” is the most Don and Megan centered story yet.  Coming off her major win on the Heinz account last week, Megan’s dissatisfaction has only grown and she decides to take her father’s advice and keep pursuing her acting career.  After flirting around the subject and sneaking off in secret to attend a casting call, Megan opts to tell Don what she wants, and he obliges her with surprisingly little pushback.  While Don supports his new wife’s dreams, he is clearly crushed to lose her at the agency, both professionally and personally.  The disappointment that exudes from Don as he quietly accepts the new status quo with Megan is some of the best acting we’ve seen by Jon Hamm, and losing his partner in crime– who has also proven to be a valuable asset to the firm– sets the ad man into even more of a tailspin than we’ve seen over the past few weeks. 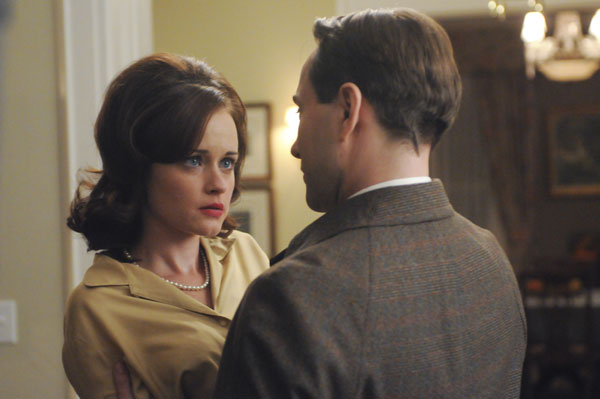 As I’ve said before this season, one of Don’s big struggles this season is finding his place in the tumultuous sea of change ushered in during the late 60’s. Don remains the most practically progressive of the older generation of ad men, and clearly has the potential and the intelligence to make his way into the fast-evolving culture all around him.  He’s been taking baby steps toward dealing with that change for a while now, from his open letter attack on big tobacco last season to his softer handling of Megan (who clearly would not put up with any of the crap Don used to put Betty through).  However as quickly as Don adapts it seems the swirl of cultural progress keeps one-upping him– it’s illustrated beautifully in Don’s frustration with advertisers’ obsession with including music in their campaigns. Don doesn’t like the pressure of being behind the eight ball, and doesn’t know how to stay on the forefront anymore.  But as Megan puts it, “No one can keep up. It’s always changing.”

From the start of the series, Don has always been the “cool guy;” we haven’t always agreed with our protagonist, but he’s always been confident and in control… but now Don is really running the risk of losing his cool, which can be death for an idea man.  In this light, letting Megan leave SCDP to go head-first into acting may not be an act of charity, so much as another passive submission, like Don’s laid back attitude toward work in the front half of the season.  The title of this episode comes from a Sylvia Plath poem about a woman who rises from the ashes to be born again.  The obvious reference here would be Megan, who’s leaving the ashes of her uninspiring success at SCDP to risk it all and follow her childhood dreams.  However the perpetually modern Megan may not be the main subject of this resurrection.  As she realizes the toll Don is under trying to keep up, Megan buys him a copy of The Beatles new release “Revolver,” as an invitation to the modern day.  Don had enough difficulty with the squeaky clean, pop version of the Fab Four, so his listen to the band’s first foray into psychedelic music isn’t an easy pill to swallow.  As the album’s closing track “Tomorrow Never Knows” plays throughout the apartment, we circle around the cast and realize their attempts to change don’t seem to be working– Pete is still too proper to loutishly pursue his new love affair, Peggy is too embroiled in work to come up for air, and Don… is still too conflicted. 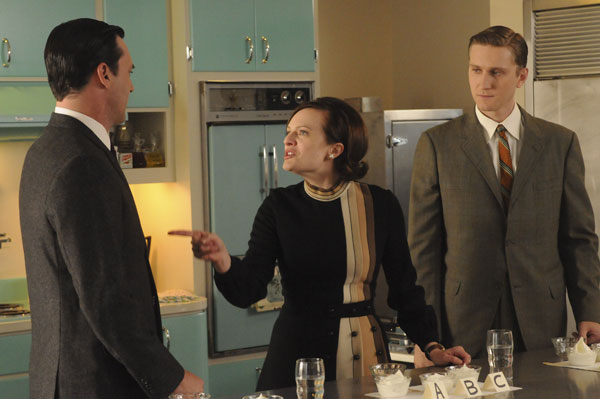 He closes the episode by pulling the needle off the record before the song is over.  It’s the first strong decision we’ve seen from the ad man all season, but it’s a bad one– with the simple act of turning off that Beatles record, Don has planted himself squarely against the new 60’s, and the traditionalists are not the ones who come out on top at the end of the counterculture movement.  What really made Don a cool guy all along was his ability to get in people’s heads… to really understand how they think. It made him a great salesman, and kept him on the cutting edge with new and innovative ideas. He should be embracing the new culture if only to understand and utilize it to his advantage. Instead he’s been avoiding and now outright rejecting it– it’s not smart, it’s not cool, and if Don doesn’t change his mind, he may get left behind altogether.