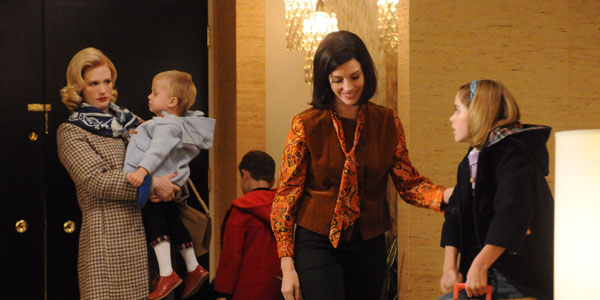 Continuing the interesting theme of each new episode being centered on some specific human emotion, “Dark Shadows” explores feelings of jealousy.   Even though most of the characters in the show are fairly well-off and happy some of the time, they all have something to be jealous about; someone else’s body, wife, creative talent, recognition, so on and so forth.  While not the most exciting or revelatory episode of the season, “Dark Shadows” serves as yet another brilliant character study of some of the most compelling characters around.

The episode opened with a still fat Betty munching on some burnt toast.  I was worried that the story of her weight gain was going to continue to be no more than an excuse to keep her in the show, but everything finally starting falling into place during the course of the episode.  We find out that the main cause of her weight gain, rather ironically, is her jealousy of Megan’s slim figure.  The fact that Don left her and moved on to a beautiful, young, vibrant woman clearly had a lasting effect on her emotions.  Betty’s childishness seems to still play a large part in her life, which is made obvious when she attempts to undermine Don’s relationship with Megan by using her own daughter as a tool.  Megan’s body and youth are the reasons behind Betty’s weekly visits to Weight Watchers and subsequent binges on Redi-Whip, and she wants others to share in her misery. 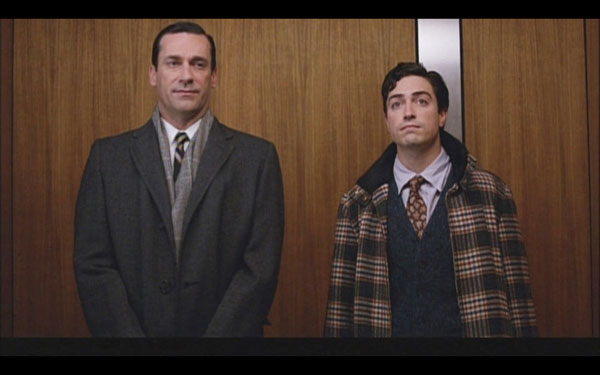 Don’s jealousy of new employee Michael Ginsberg brings out his competitive side, and we finally get to see him actually doing real work again.  His decision to leave Ginsberg’s ad in the cab obviously wasn’t because he didn’t want to show the client two ideas; he did it because the very thought of another person beating him at his own game frightened him.  Ginsberg obviously pours his heart and soul into his work and seeing Don completely shun that fact shows that maybe he doesn’t belong in a role of such authority.  Now that Megan isn’t in the office to serve as a constant distraction, Don can dive back into his role of Creative Director.  It will be interesting to see how the rest of the office responds to that, since they all have much more experience and confidence than they had back when the company was only called Sterling Cooper.  After all, the formerly revered Don Draper is now practically hated by a select few people; namely Betty, Peggy and Ginsberg. 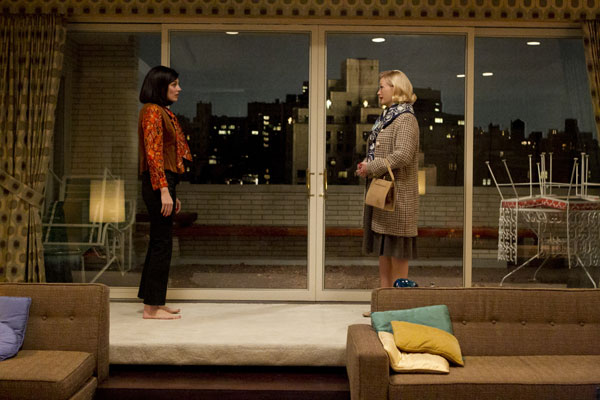 Peggy’s jealousy comes out when she finds out that Sterling’s conniving plot to get accounts behind Pete’s back now involves Ginsberg (which provided one of the funniest scenes the show has had in a while – Sterling’s guiltless joking about Ginsberg’s Jewish religion was a riot).  She can’t comprehend that the new hire could be as in-demand as her, she who went from lowly secretary to copywriter in just four seasons.  Even the ever-confident Roger shows signs of jealousy at dinner when the young and handsome son of his client subtly flirts with Jane.

Of course, Pete’s jealousy revolves around his friend’s shapely wife (another visit from a barely-clothed Alexis Bledel) and her intriguing personality that couldn’t be more different from Trudy’s.  It’s an interesting way to show Pete’s descent into disloyalty and discontent, but I couldn’t help wondering how such an awkward and emasculated guy manages to attract such beautiful women…