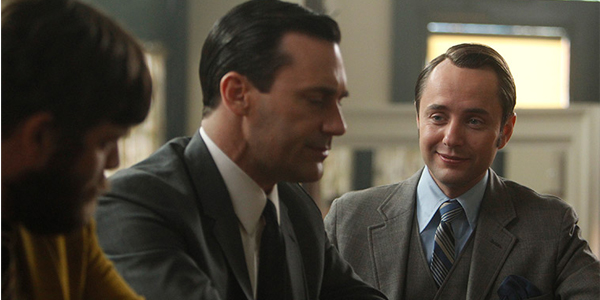 It took a few episodes to get warmed up, but this week saw the return of the Mad Men we know and love. “To Have and to Hold” was easily the best episode of the season so far, and it set up plenty of exciting things to come.

Like many of the best Mad Men episodes, this one had a central theme that each character grappled with in his or her own way: taking risks.

Things start off at Pete’s apartment where a secret meeting is taking place in which Don and Pete are risking their coveted Heinz baked beans account for a shot with the same brand’s ketchup. In one of those fourth wall moments, the guy from Heinz ketchup mentions that his current agency is Doyle Dane Bernbach, an actual advertising firm that still exists today and creates ads for McDonald’s, Volkswagen, and Mini to name a few. These moments almost turn the show into some strange alternate reality of 1960s America, where Sterling Cooper Draper Pryce might have been fighting with those prestigious firms for big accounts. At the very least, it perfectly gets the point across that SCDP has come a long way.

Everything about the Heinz account is making for a great story thread; Ginsberg’s reaction to all the secrecy, the fact that Don is taking this risk that will have serious repercussions on the agency, and the first time we see Don and Peggy competing for the same account.

Easily the best scene in this episode was the pitch from both agencies, which was brilliantly acted by both Hamm and Olsen. Don didn’t know whether to be happy for Peggy’s success or angry that she’d go against him in the first place, and Peggy couldn’t even make eye contact with her former colleagues. Losing the account didn’t seem to bother Don as much as being bested by his former disciple, and I felt sorry even for the increasingly possessive and volatile Don Draper. And while Peggy might have scored a big win for her new agency, she might have lost one of her only friends in Stan. That was a risk she might quickly regret taking.

Another interesting aspect of this episode was Megan’s love scene. I somehow knew that Don would react the way he did to the news, even though his interest in his wife has been dwindling even since last season. The hypocrisy in his reaction is what immediately hit me, but it’s also interesting that he seems increasingly hellbent on ruining Megan’s happiness. While her dream is finally coming true thanks to her hard work and perseverance, Don still cheats on her and tries to control her. As Megan’s boss pointed out, Don is a man that “plays many roles.” The more we see of him, the more we realize that none of those roles are redeeming. 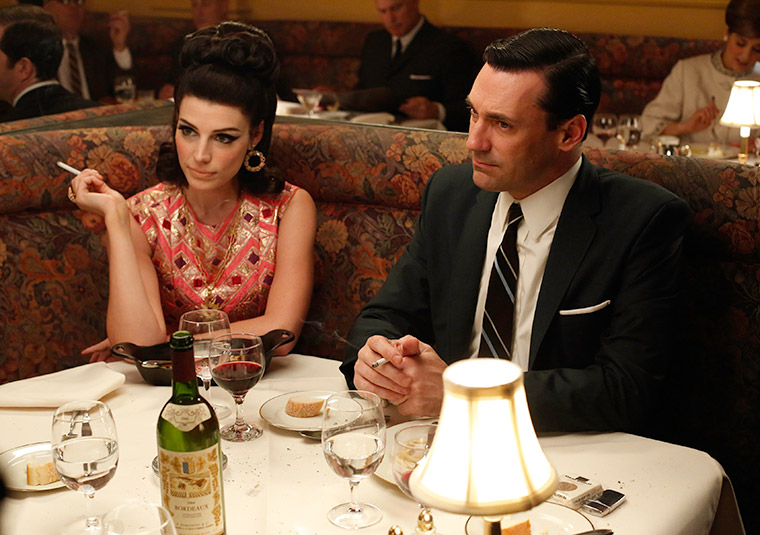 Even the minor scenes in this episode were fascinating. We got to see how Joan has been handling her new powerful position as partner (badly) when she quickly fires Harry Crane’s secretary. This leads to another potentially exciting plot piece: more people know how Joan actually got that position than she thinks, and they aren’t afraid to use that knowledge to their advantage. Crane has always been a little bit unpredictable, and his newfound confidence and feelings of entitlement might lead to some very interesting moments later in the season. Even Don’s new secretary is getting more screen time, and the parallels drawn between the lives of young black women and young white women in 1960s New York City were shown to great effect in this episode.

After a dodgy first few episodes, Mad Men is returning to form and seems to be on track for another amazing season. I mostly can’t wait to see what will become of Peggy and Don’s relationship, but I’m looking forward to everything else that came into focus this week. Let’s hope it can keep up the pace.