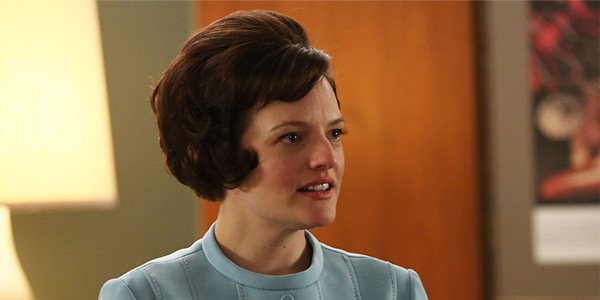 SCDP loses one big car account but gains an agency as Mad Men continues to shake things up in another strong episode for Season 6.

More immediately accessible than last week’s episode, “For Immediate Release” was packed with vital and surprising scenes that really moved the story forward. Even small things that at first seemed inconsequential, like Pete catching his father-in-law/client in a brothel, led to big consequences (losing Vick’s Chemicals). Megan took a backseat this episode, once again desperately trying to reach Don through his mysterious mood swings and indifferent attitude towards her.

Speaking of Don, this was some of Jon Hamm’s best acting of the series so far. He pulled off every scene flawlessly, from hearing the news of Arnie losing his job (which means he’ll be spending more time at home with his wife) to his drunken pitch to Ted in a Detroit bar, to his somewhat smug reunion with Peggy where, “I knew I’d get you back” was written all over his face.

Don’s outburst at Herb Rennett from Jaguar and subsequent forfeiture of his account was the first big event of the episode. It’s nice to see Don have some integrity in at least one aspect of his life; he might have acted completely selfishly, but he no doubt saw it as a respectful gesture for Joan. She didn’t see it that way, as her pride got the best of her and she thought that, with Jaguar no longer a client, her humiliation at the hands of Herb was all for nothing. Mad Men has always been great at showing that one person’s perception of an important decision can be completely different from another’s, and this episode was a perfect showcase of that. Don and Joan have had a fairly solid relationship until now, so it will be interesting to see how this affects both of them.

Roger also had some great moments in this episode, using his new relationship with an airline employee to rig flights and get himself in bed (not literally) with new clients. He used this new technique to great effect on Chevy and got the opportunity to present ideas for their mysterious new sports car. 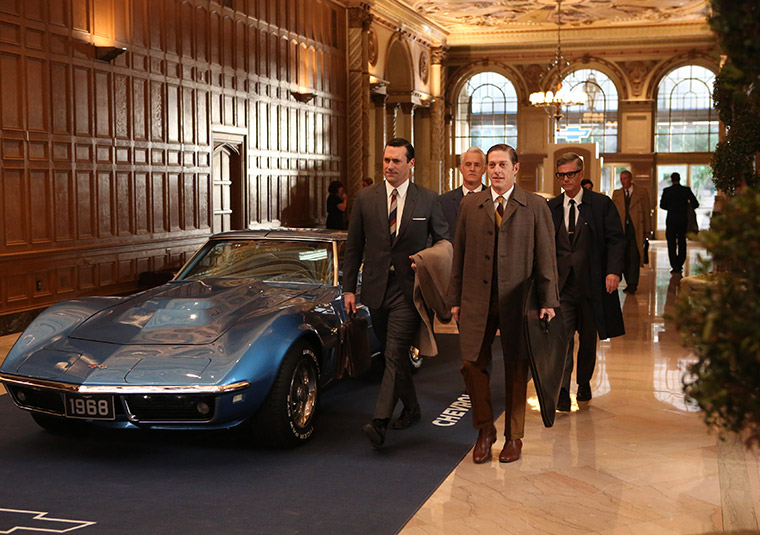 This brings us to the next big surprise of the episode, and possibly the biggest “WHAT?!” moment of the entire series – the merge of SCDP and CGC. This came out of nowhere and put the show on a completely different track than anyone was expecting; just a couple of episodes ago, these two agencies were battling for Heinz and calling each other “enemies”. This was the perfect way to reunite Peggy with everyone at SCDP, and her bewildered reaction to the news was priceless. Right when she was starting to come into her own and beginning to appreciate Ted’s optimism, Don comes back into her picture. I cannot wait to see how this pans out.

Even Pete had some great moments. His dramatic “DRAPER!” yell while falling down the stairs was so typical of his flamboyant personality, and his flailing attempt to make Don look bad was once again thwarted by Roger’s news about Chevy. He just can’t catch a break, and that’s exactly the way we want it.

This episode’s small annoyances, like Pete being back in bed with Trudie after her impassioned break-up speech last week and every scene with Megan, were more than made up for by the succession of big surprises and incredibly strong drama.