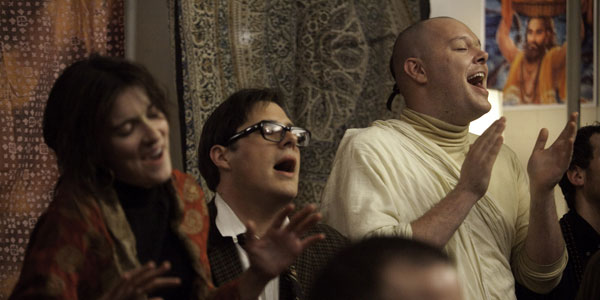 This week’s Mad Men moves the plot along, as we start to approach the finale of the incredible season, with some plot points falling into place– or rather, falling apart– for the team at SCDP.  This week also sees the return of Paul Kinsey, the ad man left behind when Lane fired Don and company from McCann so they could start their own business.

There was quite a bit of plot development this week, and with good reason… while this season has been beyond stellar, it’s really been more a collection of brilliant character portraits than an ongoing story, so it makes sense to try and bring things together into a cohesive narrative as we approach the end.  The big news this week– for Pete, anyway– is his landing of Jaguar as a hot new prospect, and the first car for the agency. While Pete can barely contain his excitement, his cynical senior partners doubt anything can come of the lead, dismissing it as a pipe dream. 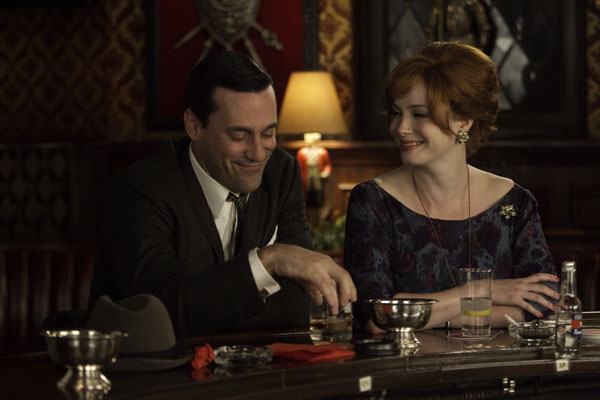 Continuing on his upswing from last week’s Snowball pitch, Don comes around quickly on Jaguar, taking Pete up on his offer to test drive the car.  Of course, it’s not all business– Draper oversees Joan get served divorce papers from her enlisted husband, and the though that a callous creep like Greg would be the one divorcing her is too much for Joan to take.  Don takes her out for the test ride and drinks, and we are treated to what I think is the longest dialogue scene ever between Don and Joan.  The chemistry between Jon Hamm and Christina Hendricks is astonishing, and I love the little bits of history we get between the two of them (especially Don’s line that he was terrified of Joan’s office presence at first).  This season has been full of these excellent character moments, which really round out the world of SCDP and remind me week after week that this is the best cast, and best writing, on television. 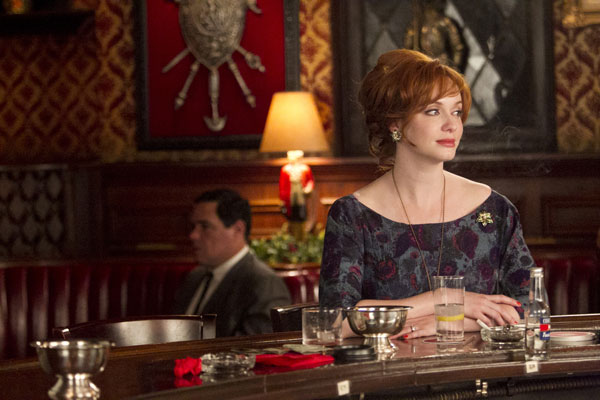 The other big character divergence we get this week is a brief return for forgotten ad man Paul Kinsey!  Paul shows up for lunch with Harry, and it turns out he’s become a Hare Krishna after bottoming out at McCann.  A friend of mine on Facebook made a comment on this that she was “shocked, but not surprised” by Kinsey’s new life, and I think that’s really the genius of this show– everything we’ve always known about Kinsey proved he would jump onto some kind of ridiculous fad of the late 60’s.  I had always assumed he’d re-appear as a fringe-trimmed longhair, but the Hare Krishna angle made just as much sense, but I didn’t see it coming at all. 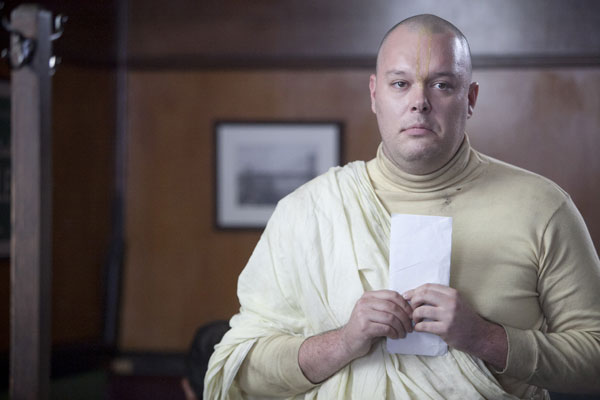 Kinsey’s not the most devoted follower, but if he gets out he wants to jump back into the creative game and also take his new love– his fellow Krishna, Lakshmi– with him.  His plan is to have Harry pitch a new Star Trek script to CBS, who would then hire him as a screen writer in no time.  The problem is, Kinsey’s delusions of grandeur still far outweigh his talent, making Harry’s eventual decision to not pass along the script, but give Kinsey enough money to get to California and try to pitch it himself, pretty much inevitable.  I really love the open ending for Kinsey here… Lakshmi made it clear she isn’t planning on leaving the cult, or that she has particularly romantic feelings for Paul (evidenced by her hooking up with Harry just to bribe him into leaving Kinsey alone). We can only hope he’s actually going to take the risk, get out of his current situation and make a go for his dreams as a writer on the West Coast.  I doubt we’ll ever find out for certain, but then again Mad Men has certainly surprised me in the past.

Back at SCDP, the partners decide to provide their staff with Christmas bonuses, the first since they could afford since starting the agency, much to Lane’s delight.  He’s in the hole for quite a bit of money due to his kid’s private schooling, and makes sure to roll his extra money right to his debtors in the blink of an eye.  This backfires when more trouble arises for Mohawk Airlines, causing them to end all advertising.  The partners all opt out of their bonuses, leaving Lane in the position of embezzling from his company.  What’s sad about this is Lane’s pride getting in the way of asking his associates for the help he genuinely needs.  If he explained his situation, the partners would surely be sympathetic and want to help him– hell, Don was pretty nonchalant about tossing $6k at the Jaguar dealership– but without that honesty, Lane’s scheming and money moving has turned to a much darker place. 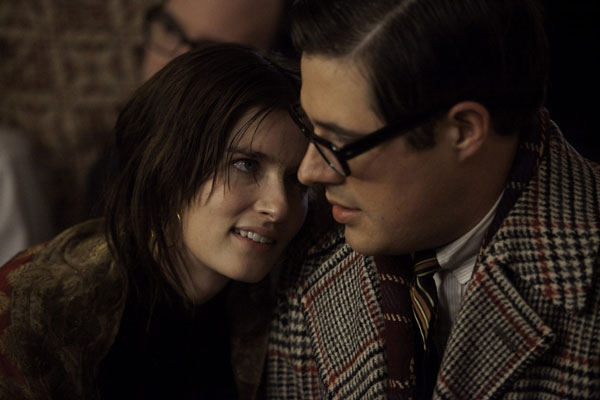 I’m curious if it’s intentional that the Mad Men calendar and our own timeline are so far apart– it’s just about Summer in real time, while this season has seen SCPD movie from early Fall through Christmas so far. It could be coincidence with the long delay this season went through, and in a perfect, holdup-free world, the show and actual seasons would run parallel.  Or it might be an intentional decision on the part of Matthew Weiner and his writers… in any event it serves as a nice metaphor of Don’s season-long struggle with being behind the times.  I wonder if the seasons (and the ad men) can catch up by the end of Episode 13?