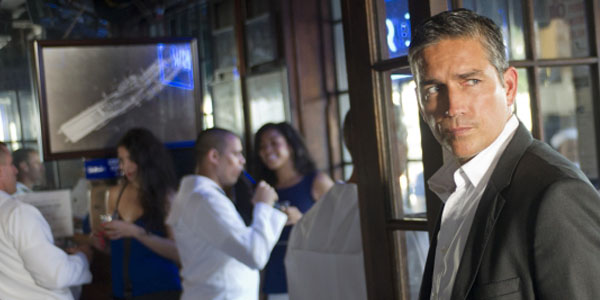 The team with the baddest Machine in the world are back, and the status quo has been shaken up for the new season.

Everyone is back for another season, but the team is somewhat split up. In the opener Finch gets the number for a sailor on liberty in New York. When Reese goes to find the squid he also finds about 6000 other sailors on leave for the week. Resse is able to track down their sailor and finds out he is unwilling part of a diamond smuggling ring. With the help of the whole team Reese is able to get the sailor out of trouble, and impart a little wisdom him.

The case though takes a back seat to the relationships in this opener. The audience gets to see how the team has grown and changed since we last saw them. The show has always been about secrets but this year those who hiding things has shifted. Carter and Finch have in the past been the ones who have been the light of the show, providing a moral compass for Reese and Fusco, but those roles have changed this year. Carter, having saved Elias last year, is not keeping him hidden and using him as a source, and Finch has put Root away in a mental hospital and keeping it from the group. Reese is picking up on the secrets, but not able to put it all together just yet, but when he does there is sure to be some shooting.

The entire works so well together and the addition of Sara Shahi this season may add some more depth to Caviezel’s Reese this season. It has been great seeing this show grow and develop and it looks like this season will be even better than the last 2 if the opener is any indication.