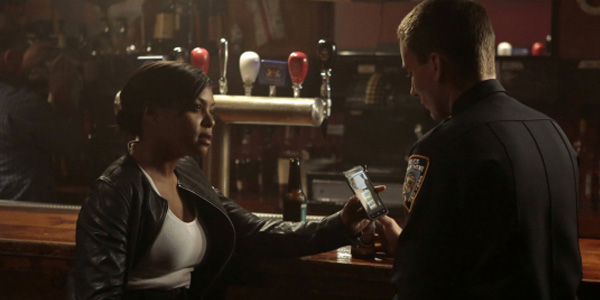 This week Carter gets dangerous and Shaw softens up on Person of Interest.

The number this week leads Shaw and Reese to a young girl from Russia. Genrika Zhirova is a young immigrant who loses he parents and grandfather early on in life. She now lives in New York with her second cousin in an area controlled by the Russian mob, the same mob working with HR. She is in danger because it turns out she is a little Finch in the making, she has bugged her whole building looking for a way to take down the drug dealers in the area.

Shaw is the first to make contact, but Gen is quick to figure out Shaw is more than she claims. The two bond quickly and we get to learn more about Shaw’s past through flashbacks. It turns out that it was not the training that has turned Shaw into a heartless killing machine, she was always shut down emotionally. She lost her father in a car crash at a young age, and when she was told he was dead she did not even blink, she only wanted a sandwich. But this case for some reason is getting to her, and she Gen’s safety seems to drive her farther and harder than anything we have seen from her.

While Reese and Shaw are trying to keep the girl safe, Carter continues to dig into HR. She tracks Simmons and Terney to a few meets, which lead her and Reese to a few meetings in the episode. It appears both of their cases are connected and they work together to take down the drug dealers and save the girl without losing all the evidence Gen got from her tapes.

Carter also surprises her new partner when he confronts her about her extra circular activities. She tells him she has know he was on HR’s take the whole time, and frames him for a murder of a cop she takes out. Carter has changed since season one, and she proving to be just as tricky and dangerous as Reese or Shaw.

The episode ends with Root showing up to take down Shaw. What will the team of Shaw and Root do next week? It is sure to set Finch and Reese on a race to stop the two before someone innocent gets caught in the cross fire.