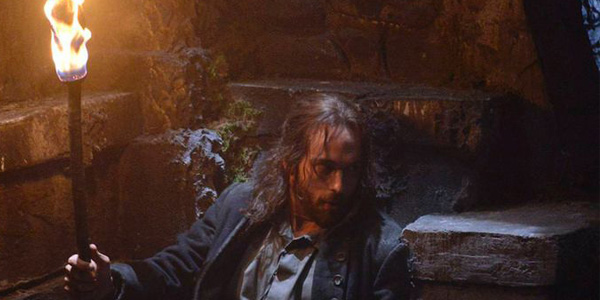 This show has the makings of a hit, but there are some hurtles it has to get over before we can talk about it’s future. Living in New England it is easy to accept some of the stories of witches and ghosts, it goes along with all the history in this part of the country, but the residents of Sleepy Hollow seem too accepting of all the magic in their little town. That is the only jarring aspect of the show. There is always a certain amount of reality the audience needs to accept when watching a show like this, but it is a big pill to swallow early on in the series. Once you get past the characters accept everything going on, the show pulls you right in to the wonderful world of Sleepy Hollow.

The Headless Horseman is missing and Crane is under watch in a local Motel. Mills is trying to wrap her head around all of the happenings from last week, and is ready to get to work to find out just what is going on in her town. For the foreseeable future, the show will be following the monster of the week format, and this week’s monster is a witch with connections to Crane.

Crane gets a message from his wife Katrina, who is stuck in limbo, that a witch will come to life during the blood moon. It is up to Crane and Mills to stop these monsters, who are trying to complete the work of the Faceless One, trying to bring the Horsemen. Crane uses his knowledge of the past and the town to get what he needs to help with the case, finding passages under the town uncovering old munitions and bones, and helping to show he may be telling the truth about his origins.

For fans of John Cho and Clancy Brown, two officers who seemed to have met their end in the pilot, don’t count them out just yet. It looks like they will return from time to time to help out the characters in the show. Cho’s Officer Dunn has been resurrected by the Faceless One to find creatures. And Brown’s Sheriff August Corbin, may server as a mentor from the grave for Mills.

The show’s strength so far is the chemisty between Crane (Tom Mison) and Mills (Nicole Beharie). They have some great banter in show, including Crane criticizing modern sales tax, and Mills imitating  Crane’s accent. It is easy to see a future for the two, not a romantic one, but a very close friendship. It is the cornerstone for any good drama, and if allowed to continue Fox may have its next big hit.