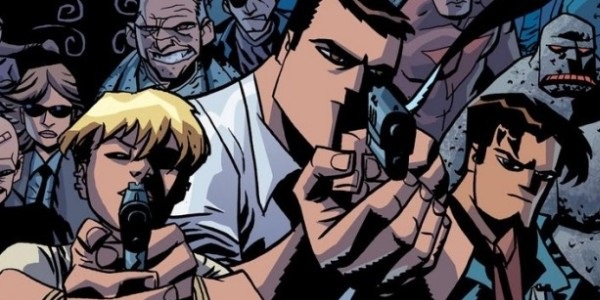 Looks like Sony is ready to bring Powers to life!

After years of false starts at FX, fans of the critically acclaimed Icon comic series from creators Brian Michael Bendis and Michael Avon Oeming finally got their first concrete proof that Sony and Playstation along with producers Bendis and Oeming themselves and are developing a series for the Playstation network.

This first official image released from the Sony produced sci-fi drama showcases actors Sharlto Copley and Susan Heyward as Detectives Walker and Pilgrim, officers of a special division of homicide that focuses solely on the deaths of superheroes. 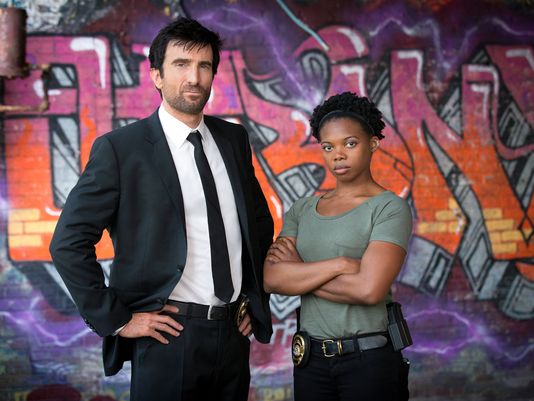 Copley is portraying Detective Christian Walker, a former superhero (which are called Powers in the Powers universe) turned regular guy, who investigates Power’s murders and Powers related crimes. His superpowered past makes him specially suited for understanding how Powers think, and acting on that using his own experiences. Heyward portrays Detective Deena Pilgrim, a smart and sarcastic but tough as nails homicide rookie who finds her life changed completely when she joins the Powers division and gets partnered up with the stoic Christian Walker. Deena acts sometimes without thinking about consequences, but she makes up for it in tremendous wit, and finely tuned police training.

It’s a buddy cop procedural drama with a superhero twist.

However, in a recent interview with USA Today, Bendis promised a “different experience” than the comic, while still exploring the same themes, so don’t be intimidated if you’ve never heard of the series. Minor changes are expected in any adaptation, but Powers is shaping up to have the same dark and grounded, yet clever and ageless tone that the comics have.

Other notable characters from the comics (links could contain spoilers) that will be making appearances are The Wolfe (Eddie Izzard) a major enemy from Christian’s superhero days, Retro Girl (Michelle Forbes) a widely renowned Power, Zora (Alona Tal) a Power and former ally of Walker’s, and Johnny Royale (Noah Taylor) a major villan from Walker, Retro Girl, and Zora’s pasts. It’s unclear what roles these characters will play in the series, but their inclusion does make for interesting speculation on future storylines of the series.

Powers has not received an official air date at this time, however Sony has confirmed a ten episode season to debut sometime soon, only on the Playstation network.  Stay tuned to Kastor’s Korner for more information.