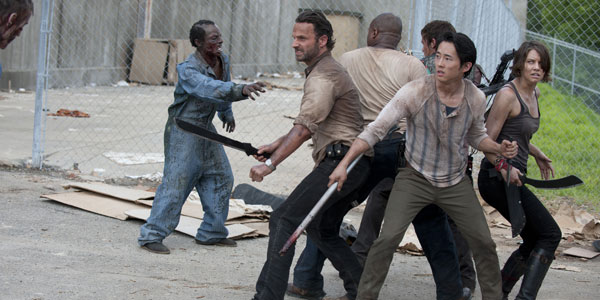 The Walking Dead returned last night after taking the Summer off, and a lot has happened to our survivors of the zombie apocalypse.

Time has not been kind to the group… they have been living on the road since we last saw them. It seems that a good amount of time has passed since we left them on the side of the road after the burning of the farm.

Since then, the survivors have been living by going house to house trying to find food and shelter, going so far to even consider a can of dog food for a meal. There were a few clues as to the passage of time– Carl’s hair, Laurie’s pregnancy, and Andrea mentioning the long Winter, but een with those clues it’s unclear just how long they have have been on the road and why it has taken so long to find the prison which looked very close at the end of last season. 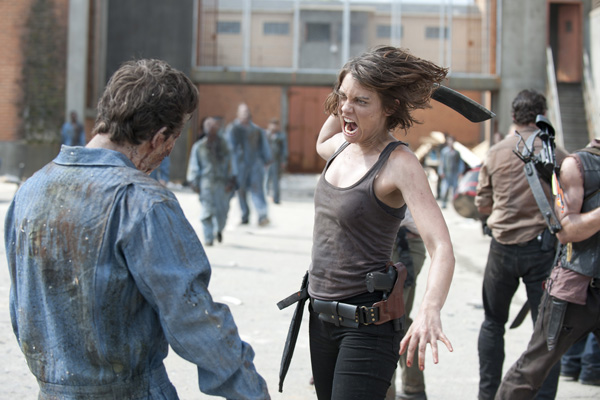 What is amazing about the show is its ability to mimic a comic book at times. In the book, there are long stretches of almost no dialogue, and the same is true for the start of the season. With minimal words in the first ten minutes, the weight the group feels on a daily basis is passed on to the audience. When Carl opens the can of dog food you can see the desperation in his face, and can feel Rick’s anger as he snatches the can away from his son sending it flying across the room.

The audience also is introduced to Michonne, the walker-leading, katana wielding, bad ass from the comics. Many fans have been wondering if this over the top comic character can translate in this more realistic zombie world, from what we have seen the jury is still out. The character seems softer than her comic counterpart and hopefully they will explain how this superwoman zombie killer turned into the caring mother type for the sickly Andrea. 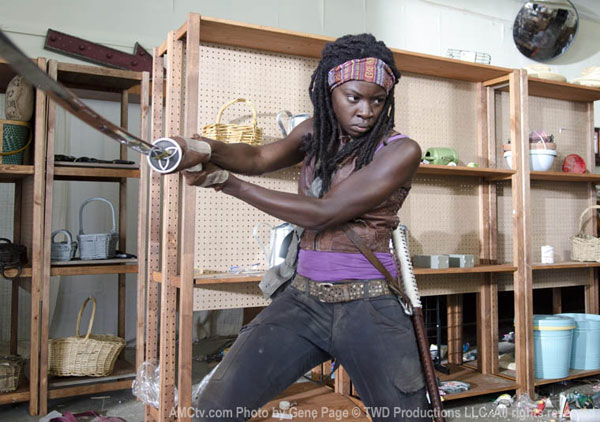 The episode ends with one of the most gruesome zombie attacks we’ve seen yet, and the revelation of other survivors in the prison.  How will Hershel survive hobbled, and how with the inmates fit in with our group? Episode 2 is just as intense and shocking so come back next week for a look at Episode 2 of The Walking Dead’s new season.