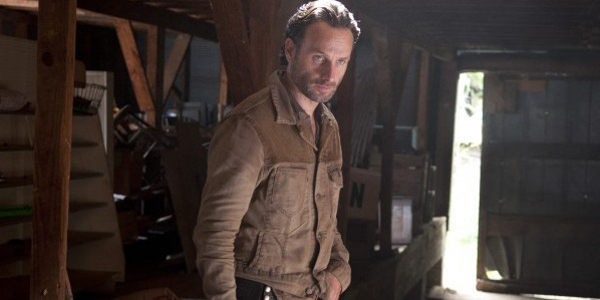 This week was the first face to face showdown between Rick and the Governor, and its did not disappoint. There was no love lost between the two leaders, each coming to the meeting with their own agenda. Early on they both thankfully kicked Andrea out of the meeting, showing her how much control she does not have over things.

The Governor’s plan appeared to be testing the waters, like an animal probing the a trap. He came at Rick from all different angles, never really showing his cards, until the very end of the meeting. Rick has a little crazy in his eyes these days, which kept throwing off the Governor a throughout the meeting. After multiple attempts to wear Rick down, the Governor proposed a trade– Michonne for peace. The deal was on the table and a new meeting was set.

During the meeting, Hershel and Milton and Daryl and Martinez had some touching moments. Hershel, the heart his group, had a sit down with Milton, the brain of his group, comparing notes and swapping stories. After talking about life in the apocalypse including Milton asking to see Hershel’s leg, it seems Milton might make a good addition to the prison crew if the Governor was out of the picture.

Martinez also showed off a softer side while taking out zombies with a metal baseball bat. Being the hot head and muscle of Woodbury he has not gotten to chance to open up and give us a real chance to learn about his back story. Losing family in this world can twist your focus, but he has learned to roll with the punches, following the Governor because it was the the only port in the storm. Is there room for two badasses in the show? Can his past sins be forgiven, or has he gone to far and end up a casualty of the upcoming war?

It was hard to read Rick through the show even up to the very last second, but he saw right through all the charm and bull the Governor laid out. He started to plant the seeds of battle his group, even though he is still unsure himself.

Is the prison really safe? Can Merle be trusted? With only a few episodes left there is a lot to address.