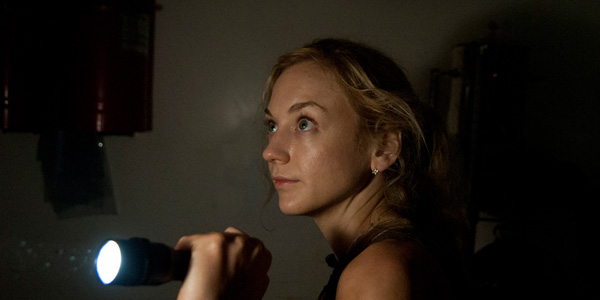 This week was the first time in show history that the episode only focused on only two characters. The result was a deeper look into the living in the zombie apocalypse. So how did Daryl and Beth do on their own this week, find out in our recap of AMC’s The Walking Dead.

This episode is hard to write up because so much happened, but nothing really happened. The whole episode was a deeper look into the minds of our survivors. Daryl is alone with Beth, protecting her after the fall of the prison, and the two have to figure out what to do next. Neither seems to be looking for the others, they are just moving forward, something that is important in this new world. Even though they are moving forward, the past comes back to slow them up.

After spending a few nights on the run Beth decides she needs a drink, it may sound strange, but it makes perfect sense. In the real world there are points growing up everyone looks forward to like getting your license, turning 18 and leaving high school, and turning 21 and getting to drink. Beth will never see that stuff happen, and after coming back from a suicide attempt, to lose everything she cared about in the world, she needed something normal. Her quest for a drink almost got her killed, but it also gave viewers a look at the girl who hardly spoke up until now. She opened up about her out look on the new world order, and her place in it. Beth went toe to toe with Daryl, showing off why she is one of the survivors.

Daryl also had a eye opening hour, filling in some of the back ground of his life. Fans have been waiting for the creators to give us Daryl’s back story. He is not a comic character so everyone was in the dark about where the lovable Dixon brother came from. He started off the hour in a very primal place, looking almost zombie-like while eating a snake, and ending a new man. We learned he was nothing before the virus hit, he just followed his brother around. Picking up things here and there, but mostly just surviving life as the son of a redneck moonshiner, and brother of a drug dealing thug. It was an anticlimactic reveal, but did explain why he is able to just go where the wind blows and survive. Daryl also finally opened up about getting attached to the new group, and blaming himself for no taking out the Governor before he killed Hershel.

The two were at odds most of the hour, but a case of moonshine started a fight that led to the pair starting fresh. We have gotten flashbacks from Rick and others, getting glimpses into their past, but this is the first time both Daryl and Beth have been featured. It was a slow hour, but broke open these two for fans to only get more attached to them.