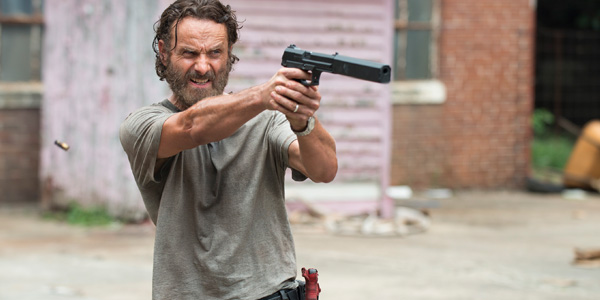 The survivors are coming back together, but will they add to their crew or lose a few along the way?

As the first half of season five starts to come to a close our survivors start to come closer together. Beth and Carol are closer to being returned to the group while Glen’s group starts to find a new direction. This week the show is split between the three groups, giving a more well rounded look at where everyone is as we enter into the mid season finale.

Rick hot off his attack now and sort it out later spree is slowed down by Daryl and Tyrese, something no one saw coming. Rick’s plan to get Carol and Beth back was to go into the Hospital quietly, taking out the guards until the numbers were in their favor. After going through the plan, Tyrese backed by Daryl, talked Rick into make a trade for their own, instead of killing. The plan was going well until they were shown that just because they have a moral compass does not mean everyone else does too. Our group was able to capture three of the hospital crew, but in the end one escapes after playing on Sasha’s sympathy.

Mean while Beth is showing her true colors, giving Carol a chance to live while waiting for rescue. Back at the church Gabriel starts to lose control locking himself in a room an tunneling out of the church. Wandering alone in the woods he proves he is still unable to care for himself, almost getting eaten again.

Finally Glenn’s group is recovering from the news that Eugene is not who he says. Glenn takes a few out to such for supplies close to the giant herd. They are able to find water and some fish, before Eugene rejoins them in the land of the living.

With only one week left will the group reunite, before the end of of the first 8? And will everyone make it trough next week?