Dark Horse Comics has provided 10,000 scratch-and-sniff bookmarks, numbered to correspond to clues in the final issues of Fight Club 2, to select comic shops around the United States!

The scratch-and-sniff bookmarks were produced by Chuck Palahniuk as a special thank-you for the strong support comic shop retailers have shown for Fight Club 2. Retailers are encouraged to reward their loyal customers, especially those reading the corresponding issue, with this special giveaway item.

Each of the numbered scents is representative of a smell from a specific panel in each of the final five issues of Fight Club 2. Fans can visit JoinProjectMayhem.com and try to correctly identify all five scents for a chance to win special prizes for themselves and for their store.

One grand-prize winner will be chosen at random (along with the retailer of their choice) to receive an exclusive Fight Club 2 prize pack that includes a subscription to the series, promo items, and more! Additionally, ten runners-up will receive a copy of the Fight Club 2 hardcover signed by Chuck Palahniuk (as will their retailer of choice).

Dark Horse Comics announced the first round of the scratch-and-sniff bookmark contest at San Diego Comic Con International 2015, in support of the acclaimed Fight Club 2 series, which is written by Chuck Palahniuk, illustrated by Cameron Stewart and colored by Dave Stewart, with covers by David Mack.

Dark Horse will also be making a handful of bookmarks available to Diamond registered retailers who simply need to email Bookmark@DarkHorse.com with their name, store name, and Diamond account number to be entered into the contest. Winners will be selected at random and will be notified by Friday, April 15, 2016.

For more details on Fight Club 2 scratch-and-sniff bookmark contest, to enter the contest, or to find a comics retailer who has been sent bookmarks by Dark Horse, please visit http://joinProjectMayhem.com/Contest/. 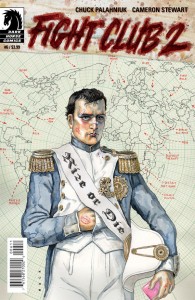 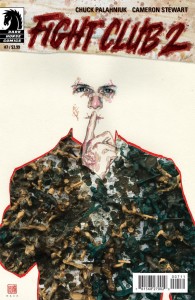 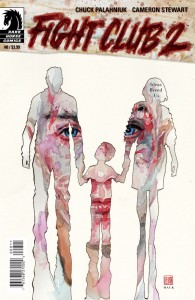 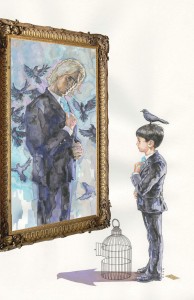 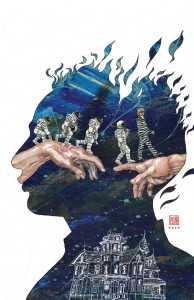