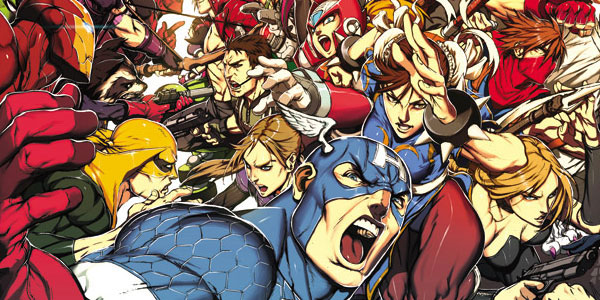 UDON reveals a special hardcover edition of the ultimate companion book for any Marvel vs. Capcom fans… and it’s coming to San Diego Comic Con!

Fans of the Marvel vs. Capcom series have been anxiously awaiting the art book being released this Fall by UDON, in collaboration with both the comics and gaming giants.  Now, the wait got a little shorter, as UDON will be releasing a special-edition, hardcover edition of Marvel vs. Capcom: Official Complete Works at Comic Con next month!

Check out the full press release from UDON… as well as your first glimpse at some of the book’s features! 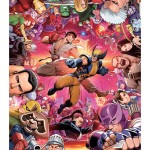 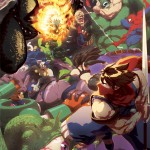 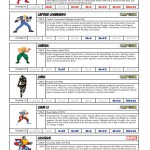 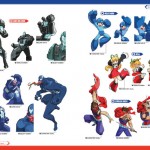 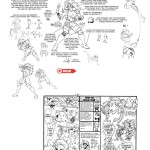 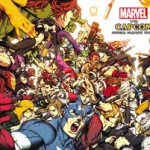 TORONTO, CANADA: An amazing collection nearly 20 years in the making, UDON Entertainment proudly announces the impending release of Marvel vs. Capcom®: Official Complete Works! This is a brand-new art book collecting all of the official artwork, sketches, and bonus material from all of Marvel and Capcom®’s video game collaborations—from 1993’s The Punisher™ arcade game right up to 2012’s smash-hit Ultimate Marvel vs. Capcom® 3!  Compiled by UDON with the help of Capcom and Marvel, this is the first time this material has ever been collected in one place—on either side of the Pacific! It will make its international debut at Comic Con International: San Diego on Preview Night, Wednesday July 11th!

Weighing in at nearly 200 pages, Marvel vs. Capcom: Official Complete Works has been a labour of love for the UDON production team. Working closely with Capcom creative head Shoei Okano, UDON’s Managing Editor Matt Moylan has dug deep through Capcom’s archives to find extremely rare high-resolution art and materials to put together for this project—no easy task considering no Marvel vs. Capcom art book was ever printed in Japan! Includes stunning artworks by Akiman, Bengus, Shinkiro, Joe Madureira, Adi Granov, and more!  Complementing the classic pieces is an all-new gallery of stunning Marvel vs. Capcom illustrations by comics superstars including Joe Ng, Long Vo, Chamba, Adam Warren, and Takeshi Miyazawa!

“This book means a lot to UDON,” says Publisher and Editor-in-Chief Erik Ko. “It was back 10 years ago that Joe Quesada at Marvel Comics gave UDON our first freelance job, and kick-started our creative services department. Then just a few years later, we became our own publisher, working closely with Capcom to publish original Street Fighter®comics! Being able to publish a book containing amazing work from both Marvel and Capcom is like a big ‘thank you’ from us to the folks who helped make us what we are today. Thank you Marvel, thank you Capcom!”

Marvel vs. Capcom: Official Complete Works will make its international debut at Comic-Con International: San Diego on Wednesday, July 11th, in an exclusive hardcover edition that will not be sold in stores. The hardcover will feature an exclusive wrap-around cover by UDON and Marvel vs. Capcom artist Alvin Lee and digitally painted by UDON’s Genzoman, and only 200 will be available over the course of the show. A standard-format soft cover release will follow in late November 2012, distributed by Diamond to comics and bookstores everywhere. UDON Entertainment’s Managing Editor, and Marvel vs. Capcom: Official Complete Works Designer, Matt Moylan, will be available for on-site and advance interviews!

This is the book that fighting game fans have dreamed of, since The Punisher and Nick Fury first picked up their guns, since Captain America raised his shield against Ryu’s hadouken! No fan of Marvel Comics, no fan of Capcom’s universe, no fan of videogames will want to be without Marvel vs. Capcom: Official Complete Works!

ABOUT MARVEL
Marvel Entertainment, LLC, a wholly-owned subsidiary of The Walt Disney Company, is one of the world’s most prominent character-based entertainment companies, built on a proven library of over 8,000 characters featured in a variety of media over seventy years.  Marvel utilizes its character franchises in entertainment, licensing and publishing.  For more information visit www.marvel.com.

ABOUT CAPCOM
Capcom is a leading worldwide developer, publisher and distributor of interactive entertainment for game consoles, PCs, handheld and wireless devices.  Founded in 1983, the company has created hundreds of games, including best-selling franchises Resident Evil®, Street Fighter®, Mega Man® and Devil May Cry®. Capcom maintains operations in the U.S., U.K., France, Germany, Tokyo, Hong Kong and Korea, with corporate headquarters located in Osaka, Japan.  More information about Capcom and its products can be found at www.capcom.com or www.capcom-unity.com.

All characters and properties mentioned in this document are the property of their respective owners.