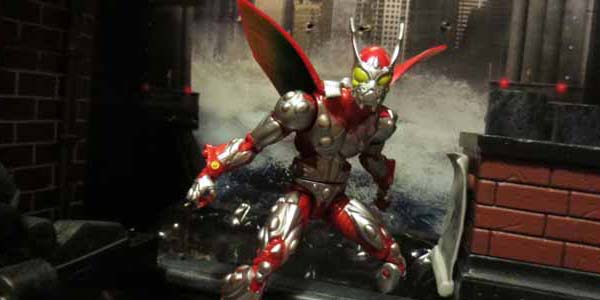 Hasbro gets Beetle-mania with their Amazing Spider-Man Legends.

The Beetle is one of those weird flukes within the considerable life span of Marvel Legends.  He’s now received two very good action figures– both highly detailed, well articulated and all around awesome toys– but not in his classic, iconic look.  The first figure, the Buzzing Beetle, was one of the crowning gems of Toy Biz’s Spider-Man Classics lineup, and the same can now be said for Ultimate Beetle, one half of the Deadliest Foes swap figure in Hasbro’s Spidey Legends.

What he lacks in reverence to his classic green and purple outfit, the new Beetle more than makes up for with his killer sculpt and striking silver and red armor.  The figure looks incredible, with a cool bio-organic twist on his armor that adds to his insect-like aesthetic, while also distancing him somewhat from other armored villains such as Iron-Man’s rogues gallery.  Ultimate Beetle is an all new sculpt from head to toe… and both his helmeted head and two-toed feet are, in point of fact, some of the coolest aspects of this design. 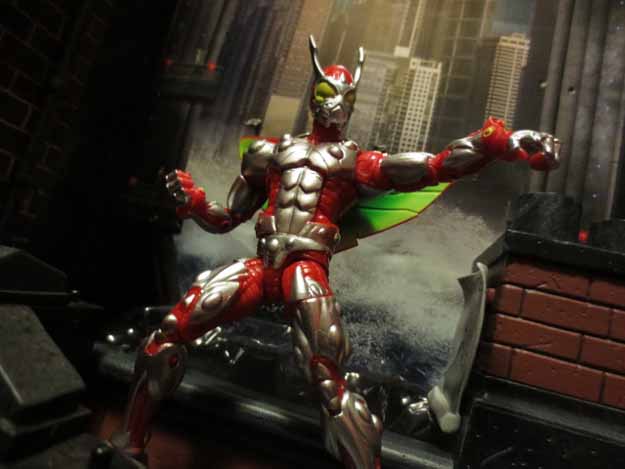 Beetle does not include any weapons, but he does feature a removable winged backpack, which plugs in place securely.  The wings feature a yellow-green lining inside, which stands out brilliantly against the bright reds and metallic silvers of his armor.  Other than this, Beetle also features a Build A Figure piece to assemble his fellow Ultimate villain, Green Goblin.

There is a great variety among the Amazing Spider-Man Legends, from movie to classic to modern characters, and as we have seen with the rest of the 2014 Legends toys, Hasbro’s team brought their A-Game to every last one of them.  A future assortment will replace Beetle with his “swap” figure Boomerang, so if you see him on the shelf don’t hesitate… grab him while you can! 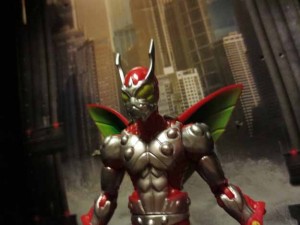 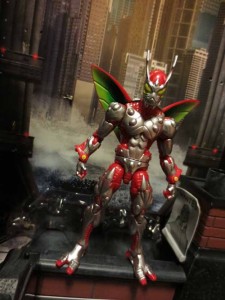 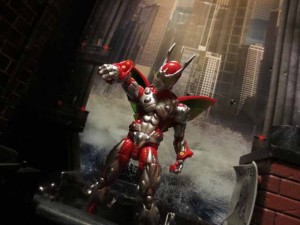 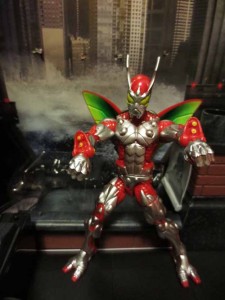 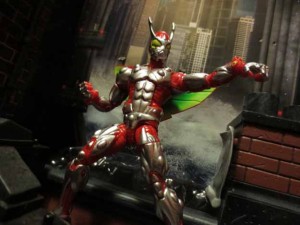 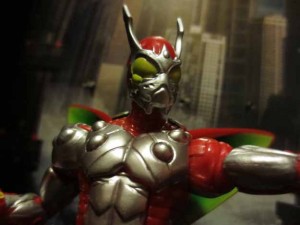 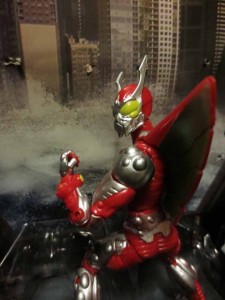 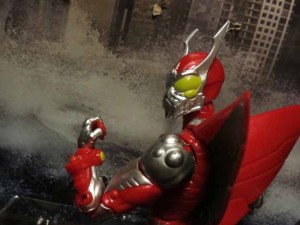 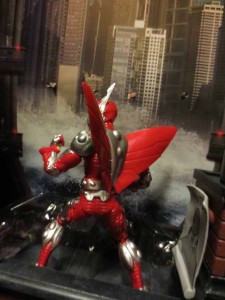 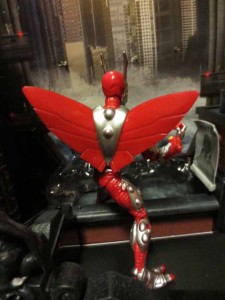 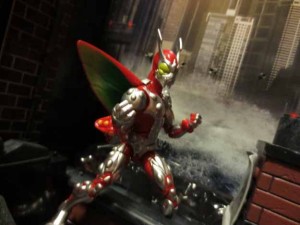 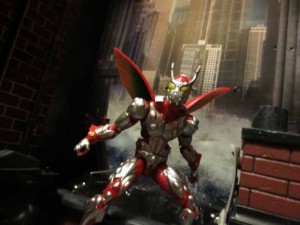 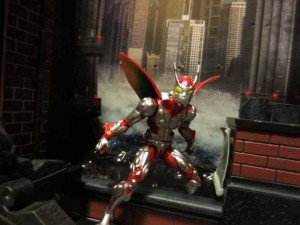 Check back later today as we continue our look at this awesome new series!