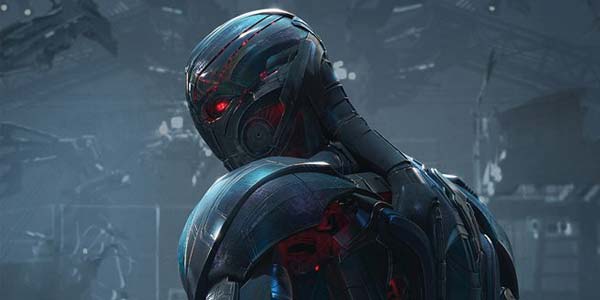 Witness the latest character poster from Avengers: Age of This Guy.

Even MORE Avengers posters are being released!  I was surprised by Scarlet Witch and Quicksilver last Friday, but now our new “big bad,” Ultron, is taking the spotlight.  Or, his back is, at least.  He’s actually sort of doing the pose Batman usually did in the Christopher Nolan movie posters.  Which maybe means Ultron will be all dark and gritty and intensely self-serious?  Or maybe it means his robot parents were killed by a robot criminal, inspiring him to become a robot vigilante (also known, in human terms, as “a villain”)?

Probably not… but this somewhat overused back-to-the-camera pose DOES give us a good look at another aspect of Ultron’s design, which is very clearly still based off the aesthetic and tech of Tony Stark’s Iron-Man suits.  Yea, that’s no big secret, but it’s still sort of neat to see.

At this point, who knows when the character sheet rollout will truly be complete.  Maybe now, since the big bad guy is finally here?  Or maybe Paul Bettany’s Vision will get his own poster later this week?  I know one thing for sure– if Thomas Kretschmann’s Twitter drops a Baron Von Strucker character poster, I am going to LOSE. MY. SHIT. 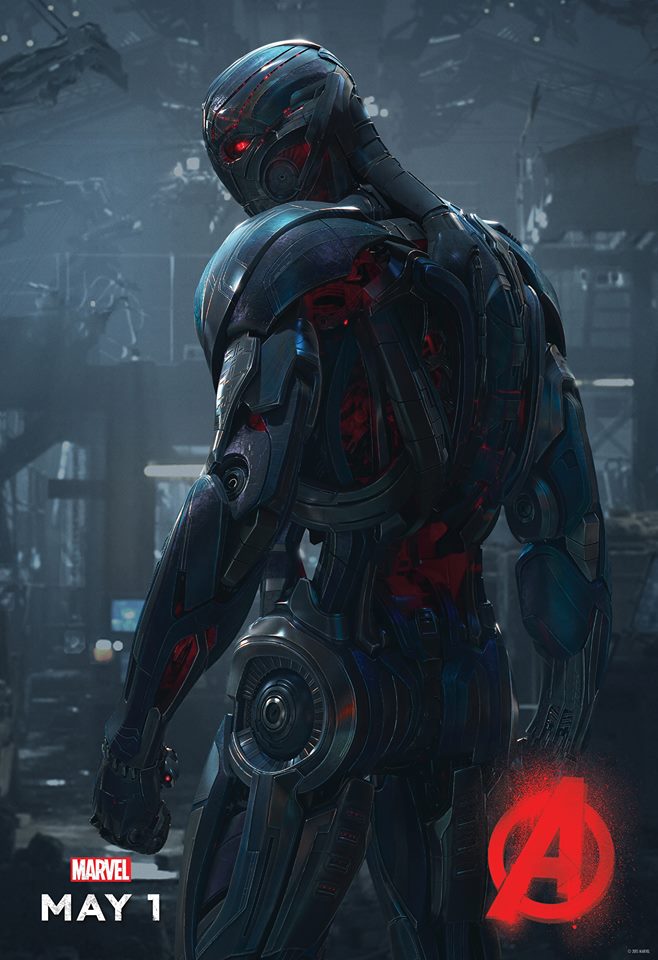