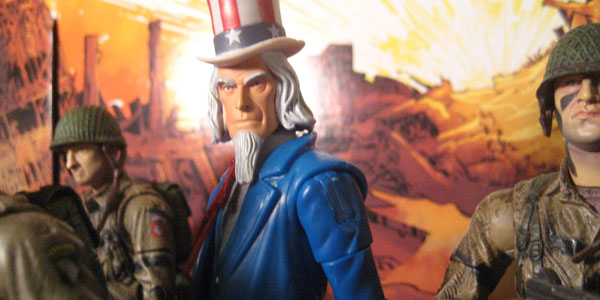 The delightfully weird Uncle Sam is one of the battier DC heroes.  Created by Will Eisner, Sam is a disembodied ghost that possesses those whose faith and patriotism meet his standards, at which point they morph into the bearded, star-spangled leader of the Freedom Fighters.  Sam doesn’t really look like a typical super hero– he actually looks just like the Uncle Sam from the old World War 2 posters– so, like his fellow November DC Universe release Constantine, Sam takes full advantage of the collector-oriented format of this line. 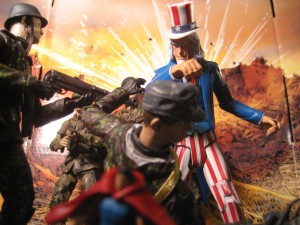 Uncle Sam is made up largely of reworked Joker parts, and the tux jacket, vest and striped pants are reused brilliantly, looking completely new in their bright red, white and blue deco.  Mattel has run into problems with white colors in the past, and while Sam’s pallet is definitely greyish, it’s nowhere near as pronounced as other figures.  The very soft grey hue adds a realism to the figure that an optic white finish would lack, and I think it works quite well on the final figure.

Also going in Sam’s favor is his new headsculpt, whose determined visage belies his inherent goofiness. From the stringy hair and beard underneath his star-spangled top hat to the wizened wrinkles around his eyes, Sam’s classic look is perfectly captured here.  This figure technically sees the release of another member of Uncle Sam’s Freedom Fighters, as the diminutive Doll Man is included as an accessory. Doll Man is a solid piece, roughly in scale with last month’s mini Elasti-Girl, featuring the hero in his classic blue suit with a billowing red cape. At under 2″ tall, I can’t ask for much with this pack-in figure; he is well-sculpted for his size and painted well enough.  I wish he included a stand, as balancing him, especially with his heavy cape, is impossible.

Uncle Sam feels more like starting a team than rounding out an existing one (one of the big selling points of Club Infinite Earths), but the end result is a cool and highly unique addition to a more obscure corner of the DC Universe. I can’t say I’m losing sleep over a need to build my Freedom Fighters team any more, but if they were all realized as well as Sam, I can’t say I’d complain. 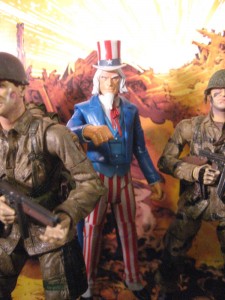 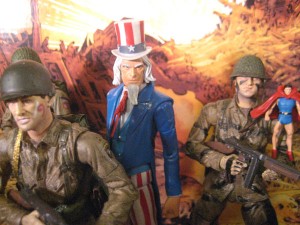 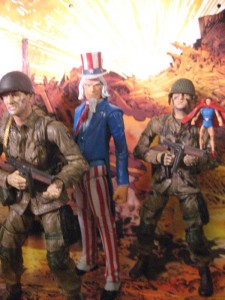 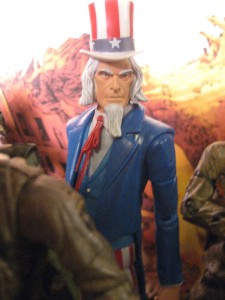 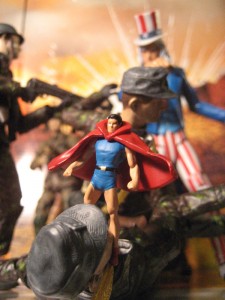 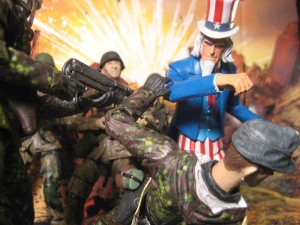 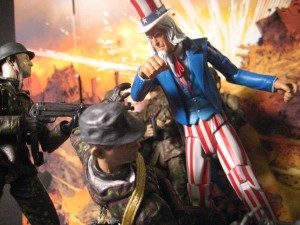 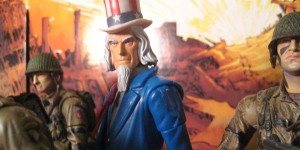