Unearth the Mysteries of “Lost Civilization” on iOS 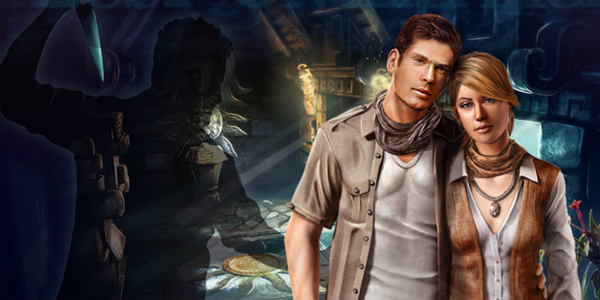 Phoenix Online Publishing has just released their new archaeological thriller, Lost Civilization, for iOS devices, challenging players of all skill levels to set off on an adventure that takes them to all corners of the globe, solving interactive puzzles and searching for clues that will lead to the discovery of a lifetime.

Players take on the role of amateur archaeologist Suzanne, as she races to uncover the secrets of a forgotten alien civilization and rescue her kidnapped fiancé from a group of shady individuals after his research.  Through the majority of the experience, you’ll be collecting items and deducing how to them to further the story through a series of logic puzzles and “hidden object” mini-games.  Each explorable location is displayed as a hand-drawn, static backdrop, usually with some subtle animation to liven it up, of which there are over seventy throughout the game.  Each of these environments contains several areas of interest or items that can be stashed in your inventory for use at a later time.  Of course, if you really get stuck and can’t locate what you’re looking for, the handy hint system will guide you to the next objective.  This hint system seems to be in place specifically to open up the game to be enjoyed by players of all ages and all skill levels.  If you’re looking for a more challenge, you can always start a game on the harder difficulty option which eliminates hints and will not highlight items of interest, leaving it completely up to the player to comb through each area looking for clues.  Inspecting certain devices, such as keypads or desk drawers will shift the perspective to allow interaction with those items specifically until you choose to back away.  Think Myst on a smaller scale. 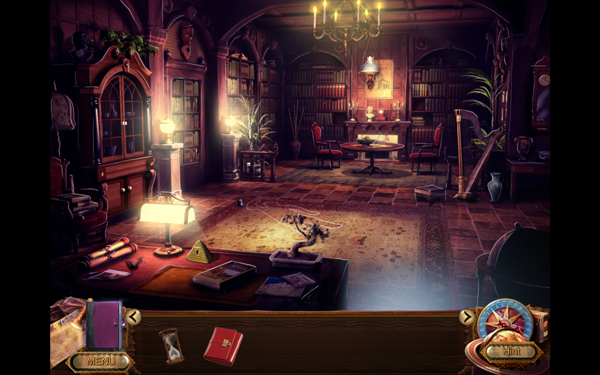 Of course, with any game that centers around similar mechanics (and there are no shortage of them in the iOS app store) will be rife with puzzles that don’t make a ton of sense, simply to move the narrative along, but much of what you’ll experience in Lost Civilization is spectacularly silly — and I mean that in the best way possible.  Some puzzles have a quaint ridiculousness to them, such as an early sequence in which you must search your fiancé’s apartment for a book, use that book (along with several others already located across two shelves) to perfectly weight down and balance those shelves and, in doing so, unlock a chest containing a ball of yarn.  That yarn can be used to distract a pet cat in the kitchen long enough to observe name name tag on its collar, which ends up being the password to the computer, which contains a map highlighting another area worth checking out…  You can get the idea of how the game flows.  Some of the stuff you pull however, is downright hilarious.  Need to sneak past a secretary? Find out which car she drives by questioning a nearby vagrant and then call in a phony city complaint to get her to move it.  Need to bribe an old man and wine connoisseur to give you important information?  Simple, just find some old boxed wine in the trash, pour it into a discarded empty vintage wine bottle that you found, cork it up and offer it up as the real deal.  Honestly, some of the stuff you pull is pretty excellent. 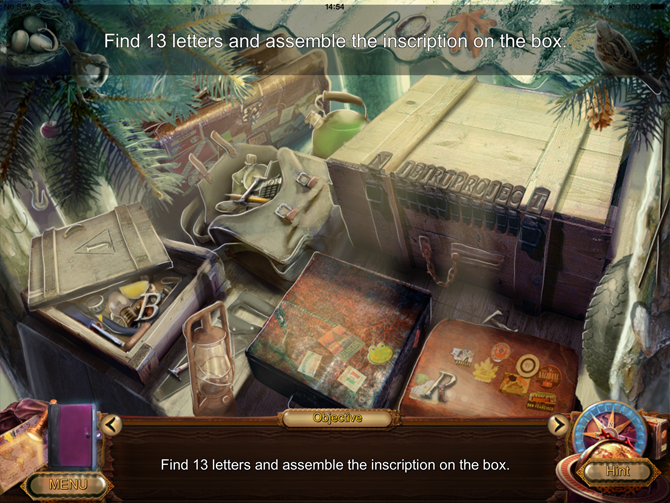 Many times, you’ll have to seek out useful items in mini-games that require you to sort or find many different objects scattered around an environment.  This is where Lost Civilization actually takes it one step further than many titles in the genre by tasking players with actually combining items on the fly.  It’s not difficult by any means (tucking photos into frames to fulfill finding a “framed picture” or installing reels onto a projector to observe something hidden on the film for example) but it does vary it up a bit and, as a whole, the flow of the game ends up being quite cathartic and enjoyable.  The visuals are elegant with an old-school sensibility to them.  Many of the painted backgrounds have a subdued, yet surreal quality, which is complimented perfectly by the haunting score and minimal sound effects.  The main character is virtually the only person who is given a voice over, with most conversations taking place in text form.  The whole package works though and, while some may sneer at the seemingly low difficulty level, Lost Civilizations is clearly meant to be a more casual, fun experience rather than a brain burner and one that ranks at the top of the genre on mobile devices.  Already available on PC and Mac via Steam, you can grab it now as a $4.99 universal app for iPhone/iPad. 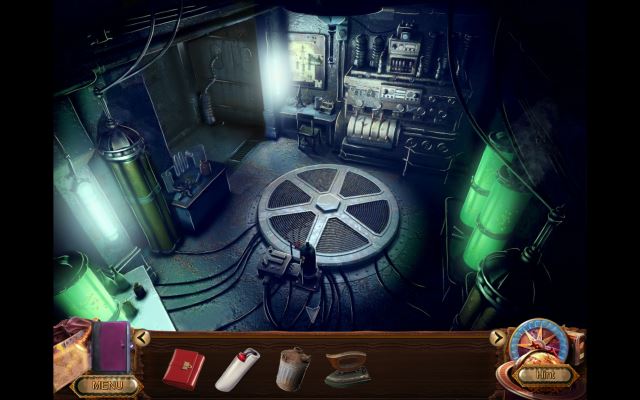