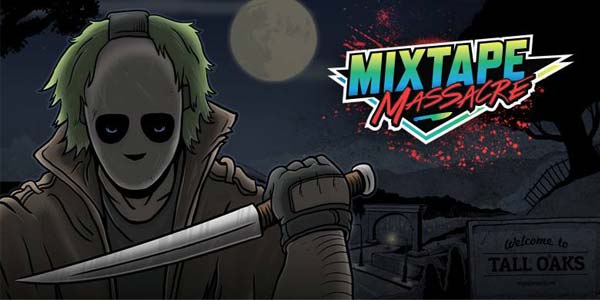 We’ve all seen the movies, played the games, and likely day dreamed about how we would react if we were part of a group being menaced by a homicidal maniac.  But Bright Light Media has come up with a new spin on the slasher movie trope in their new game Mixtape Massacre.

The concept here is delightfully simple– you and up to five other players each play as a homicidal maniac, straight out of an 80s horror flick, and descend upon the quiet town of Tall Oaks, racking up kills and occasionally facing off against your fellow slashers.

Everything is steeped in 80s pop culture– the Golden Age of slasher films, for sure– and I love the design of our killer characters.  Each is an obvious analog for a big-screen counterpart, from the redneck wielding a chainsaw, to the ghostly dead girl, to the guy with a hockey mask… but the art design is fun and stylized, and –dare I say it– kind of cute. 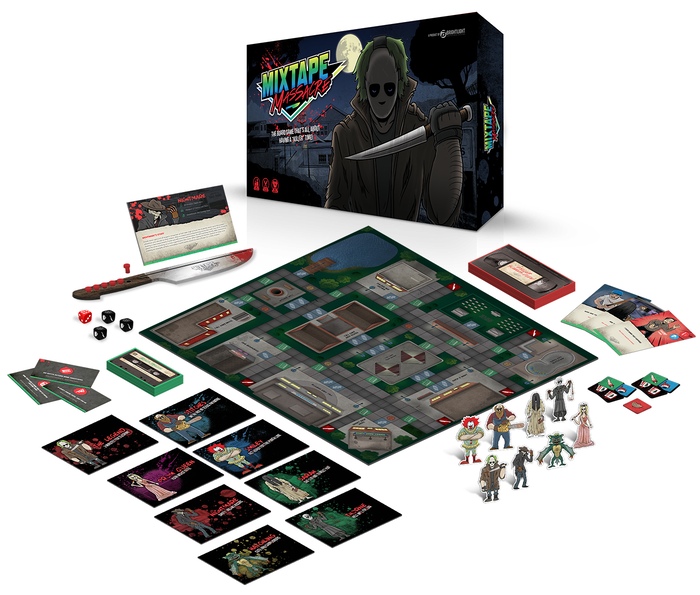 This game looks super fun to me, with its tongue planted firmly in cheek, and by all accounts the Bright Light Media team know their stuff when it comes to 80s horror.  I was sold as soon as I saw the game’s cardbacks, printed to look like beat up VHS and cassette tapes.  How cool is that??