U.S.A. Luge Team Will Don the Armor of Shanhara 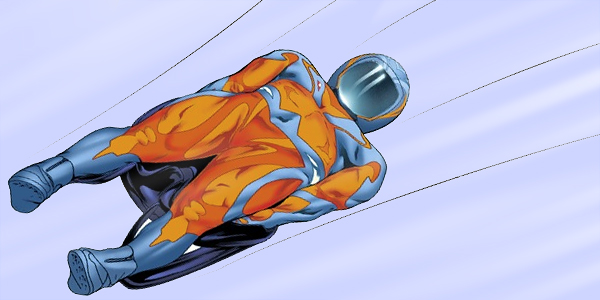 Valiant Entertainment has announced an incredible, first-of-its-kind partnership in their sponsorship of the U.S. Luge team.  Seeing how well they’ve handled the relaunch of several of their A-List comic series and the quality of their creative teams’ output, it shouldn’t come as a surprise that Valiant would think outside the box with this kind of creative cross-promotional marketing… but it didn’t stop my jaw from dropping open when I saw what they had in store.

Through 2014, Valiant will be outfitting the U.S. Luge team with uniforms of their own design, which are inspired by none other than fan-favorite, X-O Manowar — which means that, for the 2013 & 2014 World Championship seasons, as well as the 2014 Winter Olympics, we’ll have veritable superheroes racing down the tracks.  This marks the first time an entertainment company has created comic-inspired uniforms for a national sports team and it’s unique design is sure to turn quite a few heads.

With so many great character designs that they could have gone with, Valiant’s use of X-O Manowar’s likeness on our athletes’ suits makes sense.  After all, Aric of Dacia was already an extraordinarily determined and tough-as-nails individual before discovering and donning the titular armor.  The advanced technology he tapped into upon bonding with the X-O Armor simply served as an extension of his will and ferocity.  Similarly, our Luge Team’s uniforms are the product of painstaking efficiency testing with a large amounts of research poured into their fabric and construction — they rely on the most advanced suits to compliment their natural ability.  In a sport timed to 1/1000th of a second, having the most aerodynamic profile can make all the difference.  In their official press release, Valiant CEO Jason Kothari advised, “This partnership between Valiant and USA Luge is an incredibly exciting and unique opportunity.  As entertainment marketing becomes more challenging and the marketplace more global, we see this as a fantastic way to marry many elements.  Olympic sports are a worldwide pastime enjoyed by millions, while Valiant comics and their characters seek to embody the same superhuman traits so often found in these special athletes.  And just as X-O Manowar is enhanced by his armor, it is our hope that the athletes of USA Luge are similarly emboldened by their X-O Manowar designed race suits. Luge is not just any sport — it is a thrilling endeavor of high speed, challenge and edge, which makes its athletes a perfect fit for our Valiant superheroes.”

The USA Luge Team has won more than 560 World Cup and World Championship medals since 1985, as well as 4 Olympic medals.  We wish them the best in 2014’s winter games but, if looking awesome is a qualifier, they’re already guaranteed the gold!  The US Luge National and Junior National Teams will debut their badass X-O Manowar-inspired suits at the first World Cup races on November 24th-25th in Innsbruck, Austria. 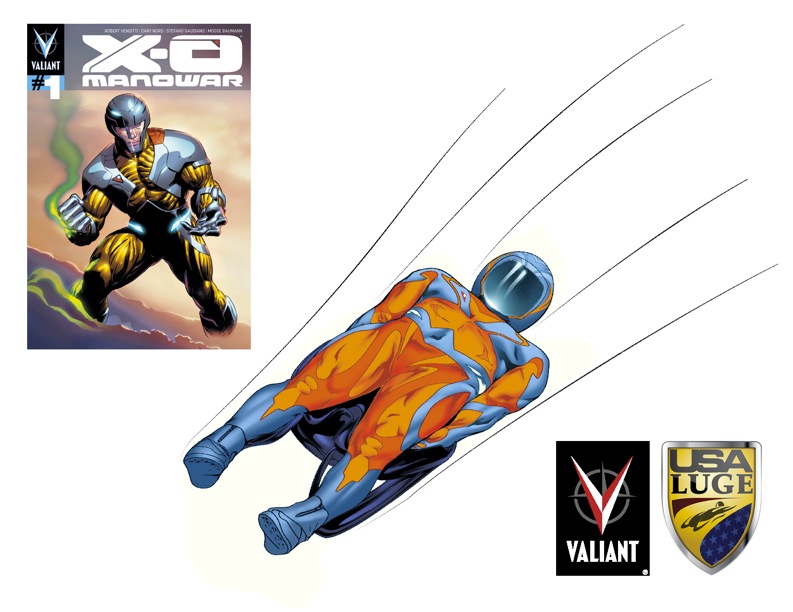