Valiant Teases The Return Of Ninjak This September 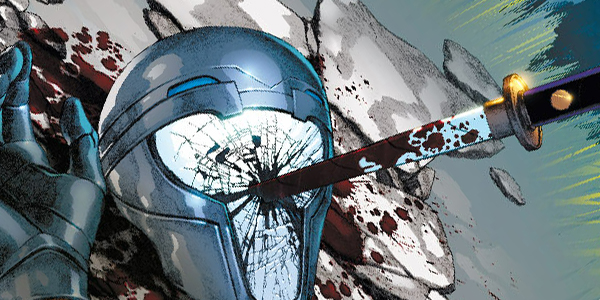 Earlier today, Valiant released a teaser image featuring X-O’s helmet pierced by a bloody katana with the tagline “Enter: Ninjak.”  That’s right, in addition to their already strong initial lineup along with the upcoming relaunch of Eternal Warrior and Rai (according to the FCBD preview), Valiant revealed that one of their A-List titles, Ninjak, will be returning this September.

I’m going to assume that this relaunch will build on the foundation of the original series from ’94 rather than the radically different Acclaim reboot and, if the teaser is any indication, it may hint that the storyline will follow a similar structure to the original as well (X-O and Ninjak had an interesting encounter only five issues into the first Ninjak series).  We’ll unfortunately have to wait a few months to find out but, if Valiant’s newest offerings are any indication of the quality going forward, it’ll be worth the wait.  In the meantime, check out the full size image that Valiant released.  FYI, it makes a great wallpaper for your phone! 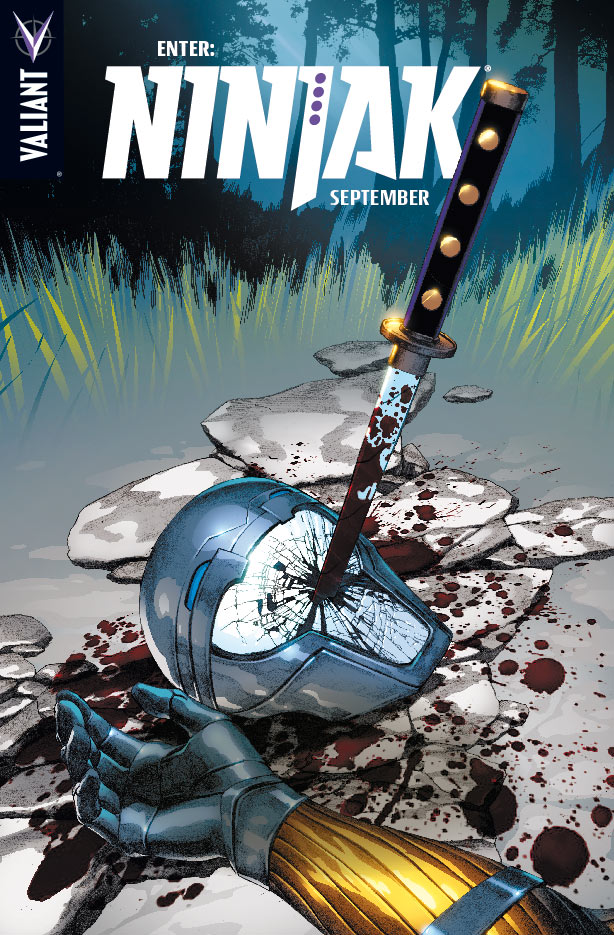