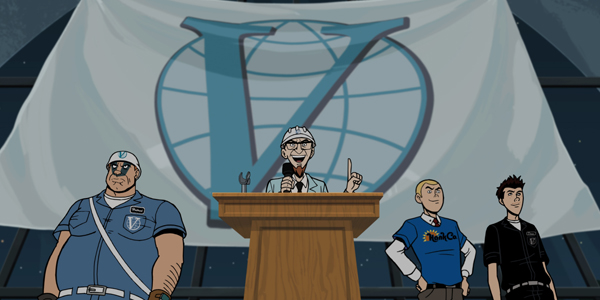 Venture Bros is finally back on Adult Swim!  Tonight!!

It’s been over two years since Venture Bros released a new season, but that changes tonight at Season 5 kicks off with an extra-long premiere tonight at midnight on Adult Swim.  Advance word is the “What Color Is Your Cleansuit” is going to be an instant classic amongst Venture fans, and we will finally start catching up on the changes we saw teased in last year’s Halloween special– how did Dean go goth? Why did Sgt Hatred have boobs now?  We will find out in a matter of hours…

While you join me in anxiously awaiting tonight’s premiere, check out the video below, which will catch you up on the first four seasons of the stellar animated series, from the perspective of Gary, the Henchman formerly known as 21: