Vin Diesel Is Apparently Playing Groot In Guardians of the Galaxy 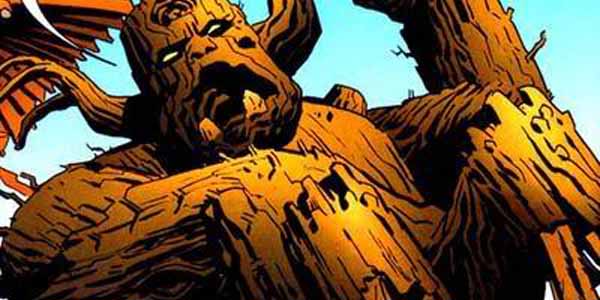 Vin Diesel has been teasing that he’s entering Marvel’s cinematic universe for a while now, but we made it through Comic Con, and now Disney’s D23 convention with no official announcements… which makes it extra strange that Diesel himself seems to have let the cat out of the bag on his Facebook page this weekend, when he posted an image of Groot, the giant, sentient tree who will be a core member of the Guardians of the Galaxy.

While the method in which this reveal came about seems odd (especially since it was literally the day after D23’s Marvel panel), it’s not a bad choice.  I honestly could not see Diesel as The Vision (the role he was speculated for over the past few months), but Groot seems far more palatable, especially since Iron Giant proved how much Diesel can do with a big character of few words.

So I’m gonna call this a win, if it’s true.  The oddball reveal makes me think Diesel might have jumped the gun on a role not yet signed and sealed, but Frank Grillo leaked his Crossbones casting in Captain America 2 long before it was officially official, so Diesel’s over-eagerness doesn’t necessarily mess anything up.

Do you like the idea of Diesel as Groot?  Were you hoping for a more central character for the action star?