Vincent D’Onofrio AKA The Kingpin 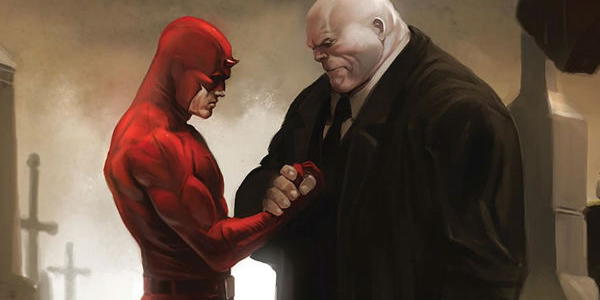 Last night Marvel announced that Vincent D’Onofrio will be Kingpin in the new Netflix Daredevil series.

Many fans wondered who would be the villain for the Man Without Fear, and it looks like it will pit the two classic adversaries against each other in the series. Marvel went on to say this about the casting news:

“We’re incredibly proud to have an actor with the gravitas and versatility of Vincent joining ‘Marvel’s Daredevil’ in such an integral role,” said Jeph Loeb, Marvel’s Head of Television. “Wilson Fisk is an iconic villain whose cunning and power make him the dangerous equal of our hero.”

D’Onofrio is a good choice for the villain, casting seems based on talent rather than look. While the Kingpin has been drawn rather cartoonish over the years, his size increases with each new artist, this may bring a much more grounded look to the character. While I know some fans hate the movies influencing the comics, in this case I hope it happens.