The Vision Gets His Own Age of Ultron Poster 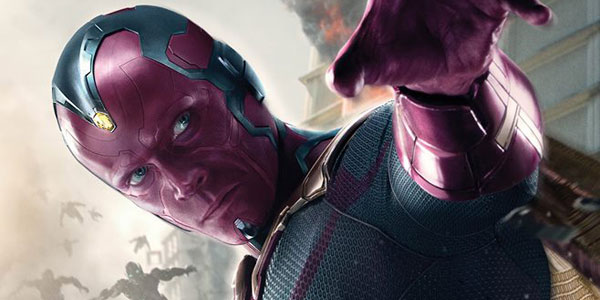 The final Avenger gets his own solo poster.

Not much to say here.  For whatever reason, Marvel has chosen now to give the full reveal to their cinematic version of The Vision.  We’re like three weeks away from Age of Ultron… so at this point I kinda figured why not just save him for a reveal in the movie itself?

He looks cool enough– way better than the sub-par Daredevil design also revealed today– and I am very much looking forward to seeing him in action in the film.  It’s very cool that the Avengers sequel is going broader and weirder with its new heroes, like who explicitly have super powers, and a humanoid robot with red skin who flies… that’s all delightfully comic book-y, the perfect escalation from a bunch of dudes and ladies who have a ton of skills and technology, like many of the heroes we’ve seen until now.

Last thought– this is likely the last Avengers character one sheet.  There’s been so many, it truly feels like the end of an era.  But I hold out some sliver of hope that the Marvel gods will look down on us and smile, by granting us a Baron Von Strucker solo poster when all is said and done.  Fingers still crossed… 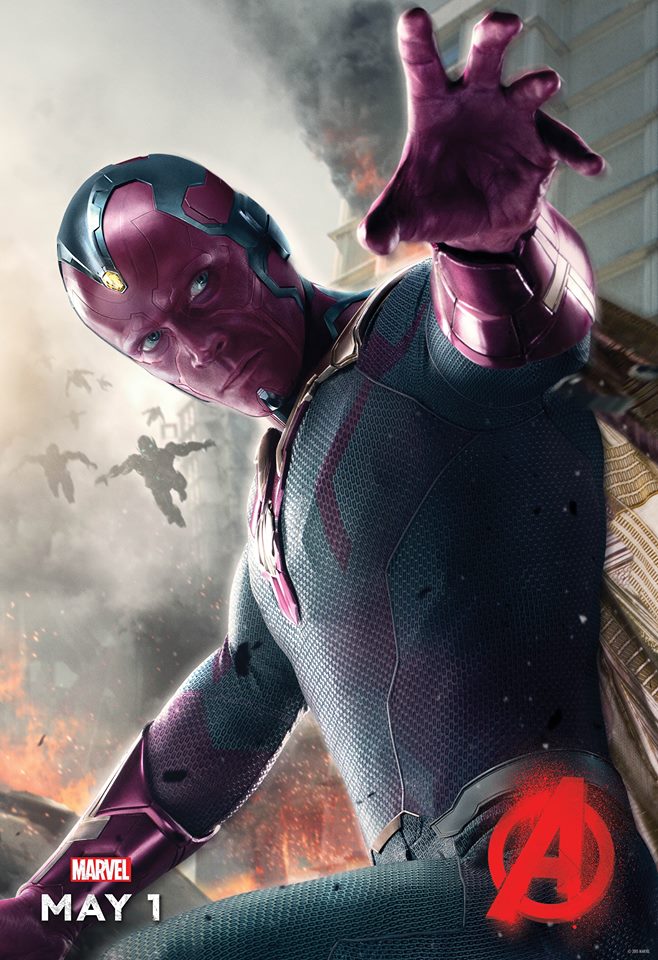