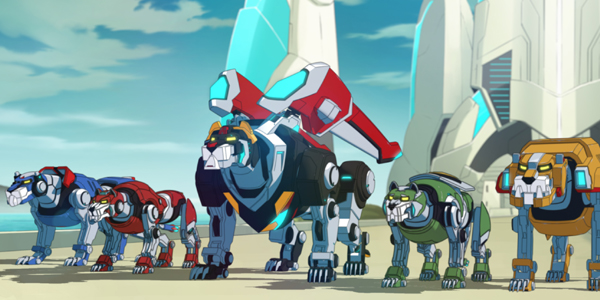 One of the biggest childhood memories was watching Voltron, and although there have been reboots in the past this one is faithful to original and just feels right.

Five pilots and five lions make the robot defender Voltron, it is a simple concept that gave birth to the Power Rangers a decade before they became popular in the US. The original show looked different from many of the other kids shows of the 80’s with an anime style that set it apart. It is hard to recreate the magic that was the 80’s cartoons, many have tried but few have succeeded. Most of the time the shows are not given the chance to develop the characters, but mostly it could be due to the fact there is so much out there today for kids.

The new show starts off with an attack and then the formation of the new team. The dynamics of the new team mirror that of the old team; Lance is still a hot head and Keith is still the boss. It seems that Sven is replaced by the new leader of the team Shiro, the older of the group who went missing for a few years during the attack that kicks off the show. The lions also have their own personalities in the pilot, and it should be interesting to see how they play into the storylines of the season.

The only thing missing from this show is diversity, the original crew was all guys with one girl, and this show continues that theme but it did not have too. It seems a little out of place having only guys as the leads, especially with a female actor doing the voice of one of them. The only woman in the show so far is Princess Allura, but she is not the damsel she started off as in the 80’s.  She proves pretty bad ass fighter in this new version and a natural leader of this new group. The voice actors bring a lot to the show making the characters come to life. This does not feel like a kids show, only here to sell toys, there is depth to the story and the characters that pull you in as a viewer. The stand out of the cast is Rhys Darby who steals the show as the Princess’s advisor Coran. And even the castle mice make a helpful appearance.

After watching the first hour of the show I am ready for the whole season. Hopefully fans will embrace this new take on the show and more episodes will keep alive the toy line announced by Bandai at Toy Fair. 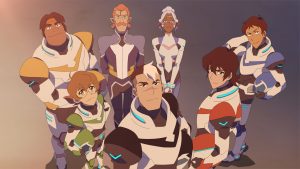 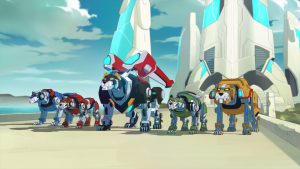 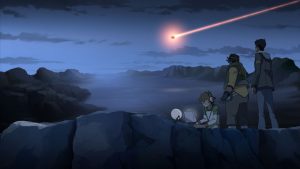 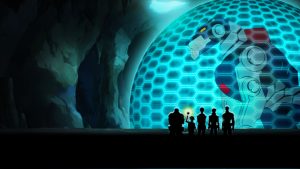 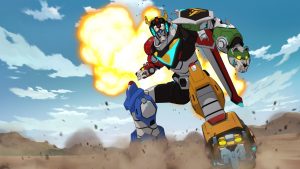 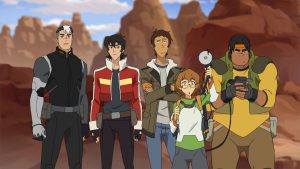