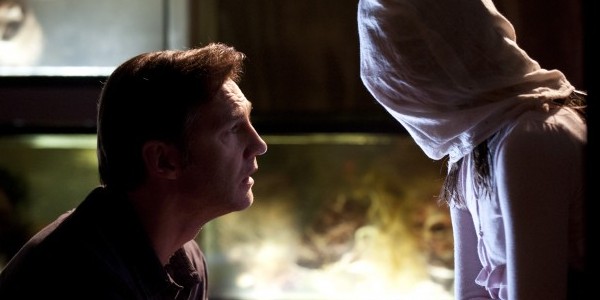 In the zombie apocalypse the living have forgotten that people are just as dangerous if not more so than the zombies. We may have lost a few survivors this week, but gained one of the most fan-demanded characters from the comics. This was one of the most intense episodes, making the two month wait seem way too long.

The survivors have been whittled down a bit over the this season, but in the finale it appears to be just to make room for a whole new group. Many fans having been waiting for the introduction of Tyrese from the comics and finally got to meet him along with his fellow survivors. From his short time on the show this week, he appears to be level headed, unlike other group leaders, making a good match for Rick. It is becoming more apparent that Rick maybe losing his mind, so having a strong person in the group may help Rick back to the horrible reality that is the zombie apocalypse. Tyrese has also shown he has respect for his fellow survivors, respecting Carl’s choices even though he is a kid, and not trying to take over.

The episode also gave us a throwdown between Michonne and the Governor. The showdown has been teased since the beginning of the season, and it did not disappoint. There were biting zombie heads, fish tanks, and the famous katana all adding to the excitement of the fight. The brawl was incredibly intense even though it only lasted a few short minutes. By Michonne wounding the Governor, it has made him a symbol for the town to rally behind, which may blind the citizens of Woodbury to the true nature of their leader. The end of the fight also gave Michonne’s former companion Andrea, a look at the darker side of the Governor.

Overall this was a great episode. The show, while bringing in more and more elements from the book, is making its own path so even long time readers have no idea what to expect next. The mid season finale kept many on the edge of their seats for the whole hour, so it makes me wonder if this was only the midpoint… how insane will the season finale be?

Don’t forget to get a look at a sneak peek below of the new episode airing in February.