McFarlane Toys knocks it out of the park with their Skybound exclusive Negan figure from The Walking Dead.

Okay, I guess two ‘hitting stuff with bats’ puns is enough, so I promise to lay off for the rest of this review.  There’s plenty to talk about anyway, because Negan is the latest outstanding addition to McFarlane Toys’ very good comic book based Walking Dead toy line. 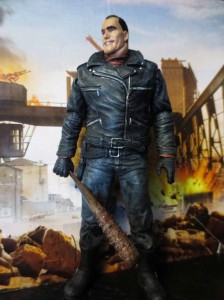 The brutal villain is an all-new, well designed figure, and he’s visually very distinct from the rest of the figures.  McFarlane nails Negan’s large size and bulk– this guy is a beast in comparison to the likes of Rick, the Governor and poor Glenn, as he should be.

Negan is fully articulated with the well-designed pattern we have seen in other recent Walking Dead and Halo figures, so there’s quite a few posing options you can get from this guy, which is an especially impressive feat considering his girth and bulky clothing.  The sculpting here is also top notch, from Negan’s worn, lived-in leather jacket, to the barbs on his bat Lucille, and more than anything his prefect facial expression, the creepy, disconnected smile he often sports in the pages of Kirkman’s comic.

Paint apps are another big win for Negan– he’s available in two variants, full color of black and white (which I passed on for now).  The blood spatter effect on the brute and his weapon is subtle, as is the wash which adds to the realism of his jacket and boots.  For what could have been a fairly dull, all-black outfit, the added details on Negan go a long way to making him visually interesting.  The paint work on my figure is very good, which isn’t always the case with McFarlane’s toys.  But any anxiety I had over sloppy paint work when ordering this Skybound website exclusive disappeared quickly when I saw how crisp and tight the figure looked.

In addition to the very nice bat, Negan also comes packing his knife with a sheath on his belt and an iron, so he gets a decent amount of gear.  The figure is packed on a newly designed blister card, smaller and more concise than the other Walking Dead figures (McFarlane has been on a steady kick of reducing their packaging size, which i am personally all for).  His packaging was small enough to fit very nicely in the shipping box, thus making him a safe buy even for MOC collectors.

I’m a fan of both the comic and TV Walking Dead toys McFarlane has been releasing, but the comic figures are the ones I’m most excited for.  Negan is a great addition to that lineup, and with any luck he will not be the last comic style figure we see in the overall collection.  Even if McFarlane Toys keeps relegating the comic line to internet/ store exclusives, leaving the more popular TV series for mass retail, I’d be fine with that.  As long as they keep up the quality like they did with Negan, I’ll keep collecting whatever they have up their sleeves.

Negan is in stock now at TheWalkingDead.com.  Click Here to order yours! 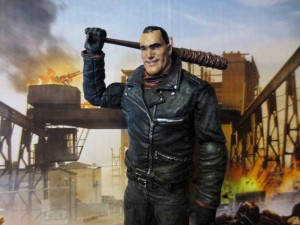 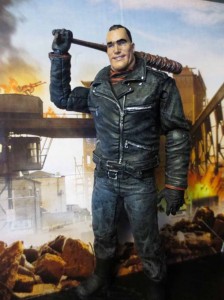 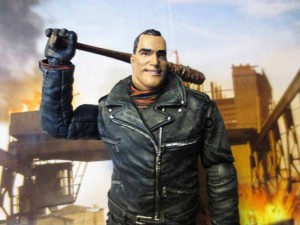 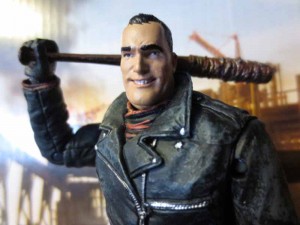 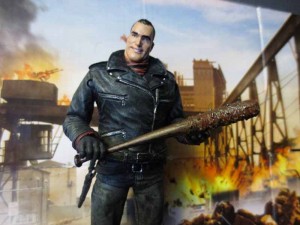 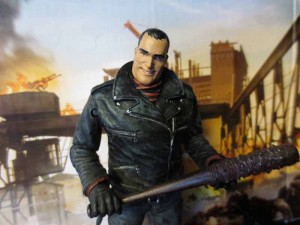 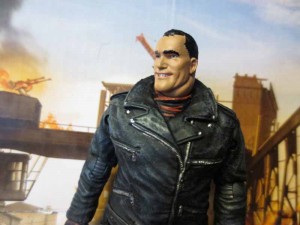 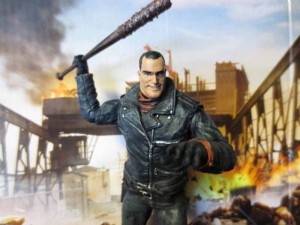 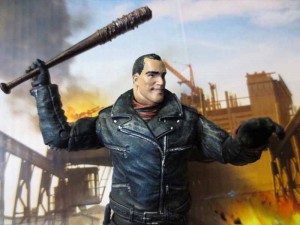 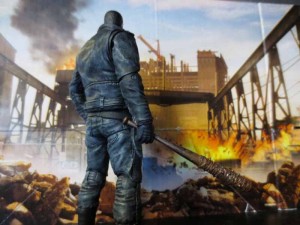 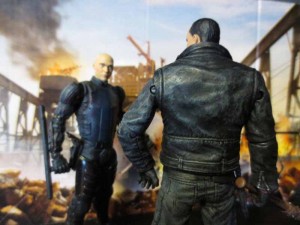 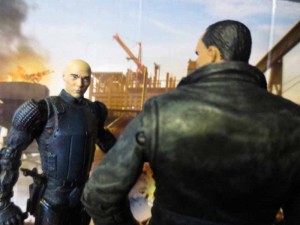 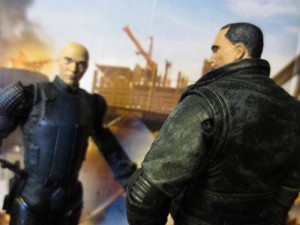 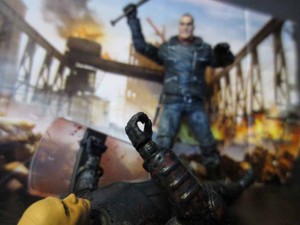 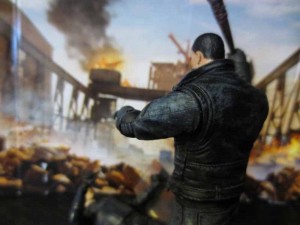 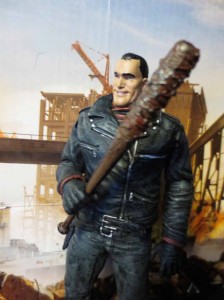 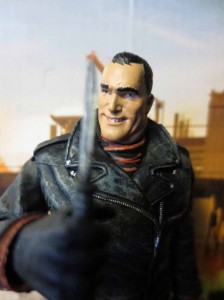 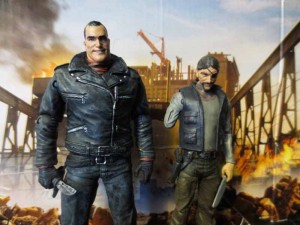 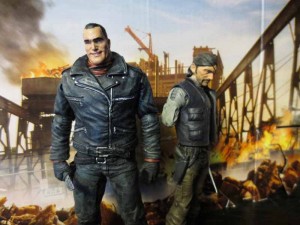