Here’s Our First Look at The Walking Dead Season 7 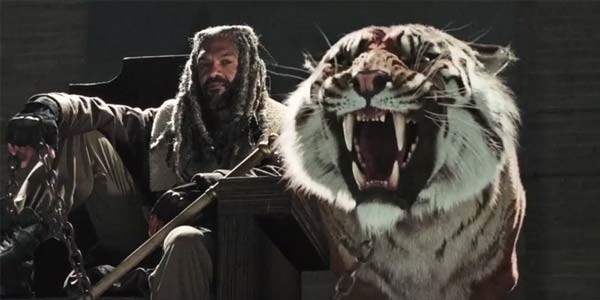 SPOILERS: It doesn’t show us whose head Negan bashed in.

The Walking Dead panel at Comic-Con screened a three minute teaser trailer for Season 7, and AMC has shared it online, as well!  Unsurprisingly, the trailer does not reveal the identity of Negan’s Season 6 finale victim, which means most of the new footage we see is straight up B-SQUAD stuff.  Oh, and King Ezekiel shows up, played by Khary Payton, along with a pretty boss looking CGI tiger.

I’m curious how big an impact the suspenseful Season 6 ending stunt will have on the entirety of the new season… and I’m also curious to see how many fan theories pop up about potential hidden messages worked into the trailer which could suggest who met Lucille up close and personal… but it makes me happy that there seems to be some genuine energy in the footage we saw, so it can’t all be grim, downer city kind of stuff.

Watch the trailer below… what’s your favorite moment?  Mine’s gotta be Ezekiel, man.