The Walking Dead Series Two Is Just Like The TV Show

The second wave of McFarlane Toys’ The Waking Dead TV figures is hitting shelves, and it’s just as much a mixed bag as the second season of the hit AMC series.

The Walking Dead is a powerhouse among cable TV dramas, and they’ve really begun to find their footing in Season Three, reaching the potential that was just out of reach during the first two seasons.  It makes a lot of sense that McFarlane Toys’ second installment in the TV-based toy line would follow suit, with an assortment of figures whose potential far outweighs their practicality.

The new wave of figures delivers two of the survivors– Shane Walsh and a new version of our hero, Rick Grimes– along with three of the most iconic zombies from the series, Season One’s Bicycle Girl, the RV zombie that Andrea takes out with a screwdriver, and the bloated well zombie from Hershel’s farm.  Each figure sports a great, original sculpt, loaded with the attention to detail and gnarly texture McFarlane is known for. The two humans are similar to the first wave’s Rick and Daryl, with strong actor portraits, great accessories and an unfortunate tendency toward a pre-posed statue aesthetic.  The zombies, likewise, don’t offer many options for poseability, but each features a fun and gruesome action feature that makes up for the lack of articulation. 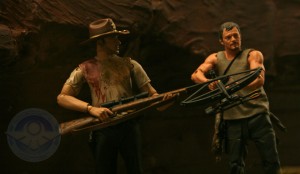 Rick version two finds out hero outside of his sheriff uniform, in a stained a bloody t-shirt and his wide-brimmed sheriff hat. The headsculpt is actually more faithful to actor Andrew Lincoln than the previous version, with a grave and determined look on the face of the troubled leader. Rick includes his revolver, again with a holster on his belt, as well as a rifle and a walker-catching lariot pole, on loan from Hershel.  The accessories are accompanied by several different hands, which are easily swappable and offer a decent amount of possibilities to pose our hero with his gear. My personal favorite look is his rifle slung back over his shoulder, easily attainable thanks to the solid shoulder, elbow and wrist articulation.  The rest of the figure doesn’t fare as well articulation-wise, with very static straight legs with only cut hips and semi-hinged ankles to adjust for balance. The arm movement is great, but the proportions of Rick’s arms are way off compared to the rest of the body, so it look very awkward keeping his arms straight– the effect is less obvious with his arms raised of elbows bent, but the length of his arms is still pretty noticeable. 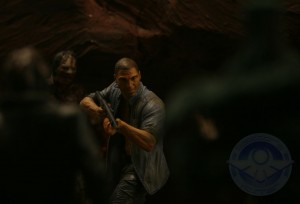 Shane makes his toy debut, and the controversial character is a welcome addition to the line, despite his many flaws. One big issue I thought we’d see based on the prototype was a soft portrait of actor Jon Bernthal, but I’m happy to say the final production piece is much more accurate to the actor than the first prototype.  Shane’s lowered head and grimace display his intense, grave character perfectly, and there’s a great sense of motion to his coiled, shotgun-wielding pose. The sculpt is very good, but it comes at the expense of any real useful articulation– Rick’s friend-turned-rival has a few moving parts, including a very good ball joint neck, swivel waist and cut hips and shoulders, but he’s really locked into the single position. The other issue I have with this figure is the costume choice, featuring Shane in the unbuttoned blue shirt he wore for approximately half an episode. It’s the same weird logic that McFarlane took to their Lost toy line, and I wish Shane had been given his more iconic black shirt/ tan tactical pants look he sported for most of Season Two.  If the Shane figure had been more articulated, it would be easy enough to cobble his better look yourself using the similar outfit Rick is wearing, but the lack of universal joints means customizing this Shane would be a chore.

The zombies in this assortment really shine.  Based on some of the most memorable– and often most stomach-churning designs by Greg Nicotero and his effects crew, each walker looks spot-on to their TV counterparts, and feature some very fun, grisly action features that totally enhance their cool factor.  The Bicycle Girl is the first zombie Rick encounters after he wakes up in the hospital, and the tragic creature makes for a cool zombie toy. The half-gone zombie is fixed to her base, which is part of an action feature in which you activate a lever that raises her up on one arm, with the other hand outstretched in a desperate, pathetic attempt to feed on a victim. Bicycle Girl is extremely well sculpted, with the same dessicated, emaciated look of the starving zombie, but for some odd reason she is given a skeletal pelvis and leg bone that I don’t recall her having on the show. One thing definitely not on the show was the jeans that snap onto her hips, which are nicely sculpted but seem to be a silly bit of censorship. I can’t help but wonder if these pants were included to avoid exposing her skeletal lower half, or to account for releasing what is, essentially, a nude figure? Though both cases seem silly, neither would really surprise me. 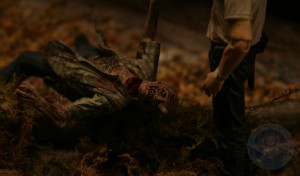 The RV Zombie is the creature that wanders his way into the RV as Andrea frantically hides out. Their encounter is one of the best-filmed moments of the second season premiere, tense and gripping, and ultimately becomes a major character moment for Andrea, as she decides mid-attack that she wants to live.  She makes her choice by killing the attacking zombie with a screwdriver to the eye socket(!!), and the toy version of the creature comes with the tool already planted in his head. The designers take the damage one step further here, featuring a snap/back hinge in which the walker’s head can rip straight back, revealing a neck full of grisly guts and a severed throat.  The rest of the figure is sculpted with the same attention to detail and nastiness, with a leathery texture to its rotting skin and a blood-soaked griminess to its tattered clothing. 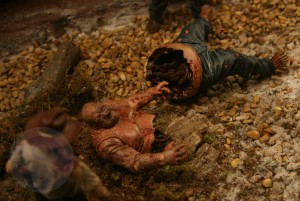 The Well zombie may have been the grossest thing on screen in the history of television, Walking Dead non-withstanding, and its figure perfectly realizes the bloated, waterlogged creature in all its slimy glory. The creature responsible for contaminating the well water on Hershel’s farm is not overly poseable– just a few joints in the arms and neck– but that’s okay as he features an amazing, show-accurate feature: the zombie can rip in half, just like the notorious mishap on the show! The well zombie tears apart mid-belly, featuring some wonderfully disgusting soft rubber guts and entrails dangling from his upper torso… as well as a second set of guts that can fit into his lower half once he’s torn apart. The only downside of this awesome feature is the lack of a lock to connect the creature permanently. His upper half literally just sits on top of the lower, so were you to pick this guy up by the head, you’d only end up with half the toy in your hand.  Some kind of secure way to clip the creature into one whole, like the comic-style Walker from last year’s Wave One, would have been a major asset here. 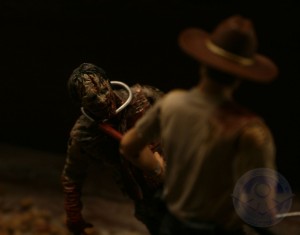 I respect a lot of what McFarlane Toys did with these figures.  The second set of Walking Dead figures is a definite step up in quality from the first TV figures, with far cooler action features for the zombies and more spot-on portraits of the actors. I want to love this series of toys, just like I wanted to love the second season of the AMC show, but both just have a few too many oversights to really get behind.  From the weird proportions on Rick, to the lack of articulation and bizarre costume choice for Shane, to the design flaws of the zombies’ action features, there’s a few too many issues going on to give these figures a total pass. The sculpting is excellent, and McFarlane’s to the show’s bloody, gory details is commendable, but ultimately this group of figures, by and large, fall just short of feeling worth the price tag.  Just like the vastly-improved new season of the show, the great ideas on display in these figures leave me hopeful that next time out, McFarlane can really nail this property, and crank out the amazing figures I know they’re capable of.  In the meantime, especially for fans of the TV show, The Walking Dead Wave Two is still pretty damn good. 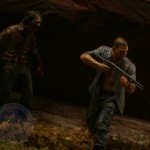 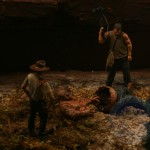 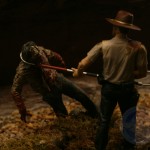 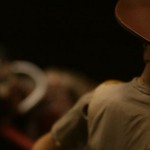