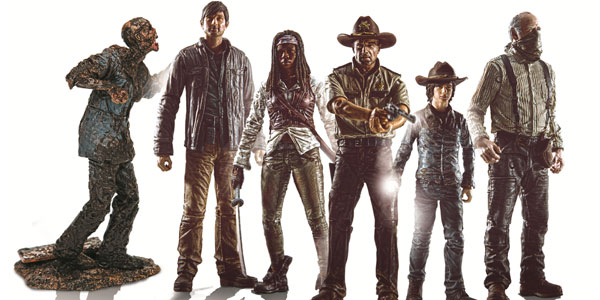 Okay– where do we begin?

In the past 24 hours, so much information has dropped regarding the new year and McFarlane Toys’ The Walking Dead collection.  A Fan Poll has been launched allowing us to potentially decide on one of the figures to be released in Series 9 (you can vote HERE… Beth is presently winning by a country mile, followed by the loathsome Lori).

This list, of course, also tells us who will likely NOT be in Series 8… Dale is the only confirmed figure for that lineup so far, and weirdly it’s looking like we won’t have a female figure in the wave, as everyone has either been recently released, or is on that wish list (this does not rule out a female Walker, though).

The poll page also features a new image of Walking Dead Series 7, in all it’s, uh, glory, I guess?  It’s still a bummer lineup in my opinion– nearly pointless reissues of the second worst Rick ever, along with Hershel (who just came out), a samey Michonne who won’t do much for anyone outside of completists, and Gareth the cannibal (he of all of two and a half episodes of the series).  I’m okay with the new Carl, because Chandler Riggs has grown so much on the show since his previous figure, and the Mud Zombie actually looks pretty cool.  But yea, I still maintain this is by far the weakest lineup yet.

More evidence to this point?  The repaint-centric “Series 7.5” is way, way more exciting, and it’s only two figures.  Just revealed over at Big Bad Toy Store, this series is slated for release in July and will feature Woodbury Assault Rick Grimes (featuring our hero in a plaid shirt, with the phone he used to talk to his dead wife in his most embarrassing story arc), and a Flu Walker.  This Walker is based on one of the prison residents who succumbs to the flu outbreak and turns, and he makes great reuse of the Glenn body. 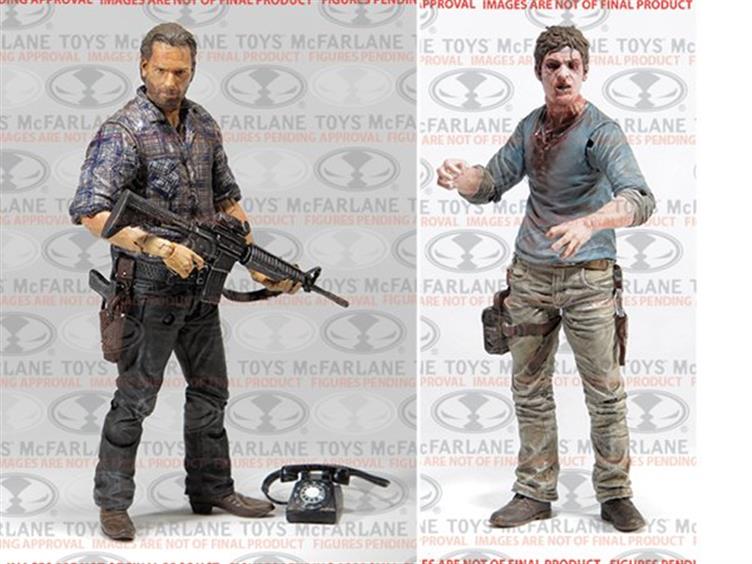 Big Bad Toy Store also revealed our first look at the fourth series of comic style figures, and this lineup is just awesome.  We’re finally getting comic accurate Carl, complete with three heads– normal, gunshot, and bandaged up… Plus, Abraham Ford makes his comic debut, Jesus gets a wide release figure in his “street samurai” gear, and we get another fun gimmick zombie with “Pin Cushion,” who features a wide variety of edged weapons and pointy things which can be stuck in his decayed body. 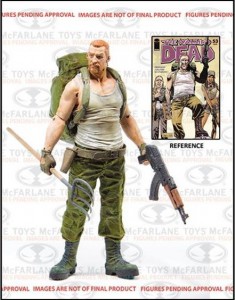 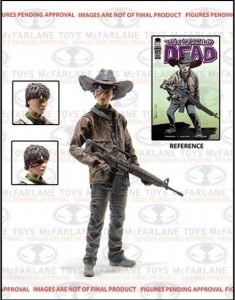 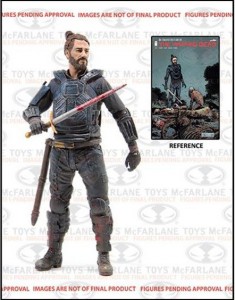 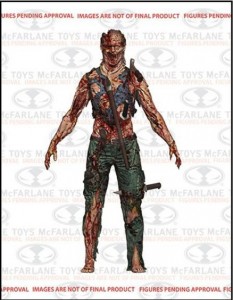 In the past, we saw McFarlane Toys go easy on The Walking Dead during the summer off season months, but it looks like they are moving full steam ahead all year long in 2015.  I’m happy about it; the comic series looks great, and based on what we’ve seen so far TV Series 7 appears to be a temporary stumble, with future assortments promising much more excitement.

Now I’m just curious whether McFarlane will have anything else left up their sleeve at Toy Fair in a few weeks?  We’ll know soon enough…