The Walking Dead TV Series 3 Is A Huge Step Up 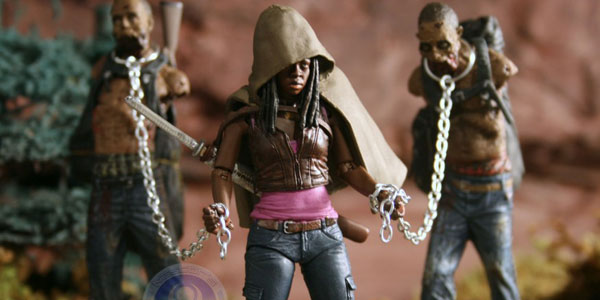 I find it amusing how each new set of figures in McFarlane Toys’ The Walking Dead collection seems to mirror some aspect of the respective season of the AMC TV show.  Series One, like Season One, was not bad, but abbreviated, leaving more questions than answers on what the future held.  Series (and Season) Two was more of a letdown, and just like the vastly improved Season Three of the show, McFarlane’s third wave is a dramatic step up from their previous efforts.

The new set includes another five figures, all based directly on the actors and designs from the AMC series.  This Season Three-oriented lineup brings us scowly badass Michonne and redneck badass Merle Dixon, along with three new zombies– Michonne’s two “pets” and the autopsy zombie, who was vivisected by Rick and Daryl during the search for Sophia. 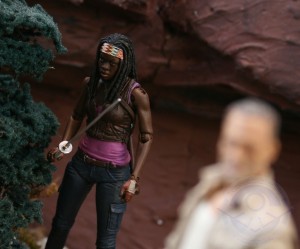 The new humans are hands-down the best we’ve seen.  With greatly improved articulation, lots of relevant accessories, and some wonderfully realized actor portraits, both Michonne and Merle are great.  Michonne features quite possibly the best portrait we’ve seen so far in the series– they absolutely nailed the angry, stoic face Danai Gurira absolutely loves to wear on the small screen, and she comes packing her sword with a sheath that slings over her back, as well as a soft rubber cloak and hood that fits the figure like a glove.

Merle is no slouch, either, with a wonderful portrait of legendary character actor Michael Rooker, and the goon’s current Season Three look, with a bayonet-style fake right arm to replace the one he had to chop off early in the show’s history.  Merle sports a second knife (the bayonet one does not come off), a pistol with holster and a semi automatic rifle with a sling for storage.  It’s great to have both Dixon brothers in toy form now, but the huge step up in quality seen on Merle makes me hope we see another improved take on Daryl in the line’s future. 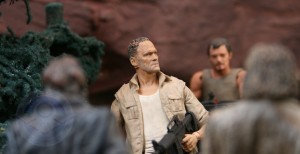 The zombies this time out are also pretty cool, although the pets feel slight compared to excellent figures like the Well Zombie from the last series.  However the pair of emaciated walkers are the perfect toy translations of their on-screen appearances, and they look great alongside Michonne.  Both pets include removable arms and lower jaws (since Michonne removed those parts to “tame” them).  The arms come on and off with ease, with a return of the clever use of bone-shaped pegs to keep them in place.  The jaws are quite small, and one of them is awkwardly sculpted… I still can’t quite figure out how it’s supposed to go in– best I can guess, it kind of hangs off on one side.  The pets also include collars with real chains for Michonne to hold, as well as backpacks.  The packs attach with chest harnesses that do NOT come undone… it’s possible to stretch the straps over the heads and shoulders of the Walkers to get them on properly, however it will take some serious doing.  Take it slow and stay ginger with these– I could literally feel the plastic of the straps stretching and about to snap as I slid them over the shoulders. 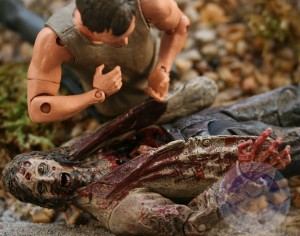 Lastly we have the Season Two holdover, the autopsy zombie.  This guy is a great return to the fun, gross gimmick seen in many of the Walking Dead zombie figures, as his chest underneath the jacket can be removed, revealing his post-autopsy chest cavity.  To replicate searching for digested bits of Sophia, there’s a spot in the zombie’s guts which can hold either a rodent skeleton or a half-digested hand, both of which are pretty keen accessories to add to the grisly fun.  When he’s not being dissected, the sculpted detail, complete with rotten skin and blood-stained, grimy clothing, makes him fit right in with other Walkers in previous waves.

I’m very pleasantly impressed by the improvements McFarlane has made for this third set of figures.  They look great, full of the cool and gory detail that McFarlane shines at delivering, but they also manage to retain the fun of the first Comic Series, while packing in lots more articulation and better actor likenesses.  There’s still a few issues with fragility– as I said, some pieces like the Pets’ backpacks are brittle and tricky to work with, and bits like Merle’s bayonet and Michonne’s wrists are so thin I could see breakage being an issue.

But, just like the TV show itself, the good far outweighs the bad here.  And this new set manages to not only offer better quality figures, but (apparently) a lower price, too!  Game Stop is the first store to get the new series in stock, and they’re selling them at only $12.99 each… three bucks less per figure than the previous wave!  Check your local Game Stop if you want to pick up your figures in person… or Click Here and do like me and order them at GameStop.com. 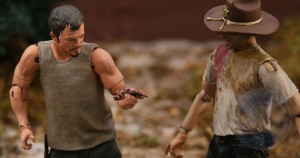 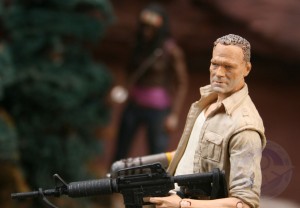 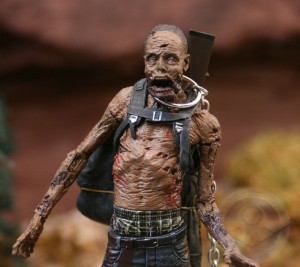 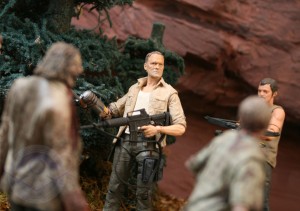 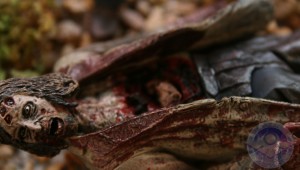 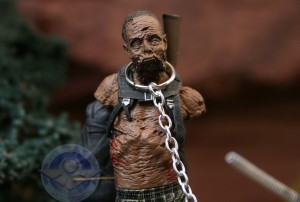 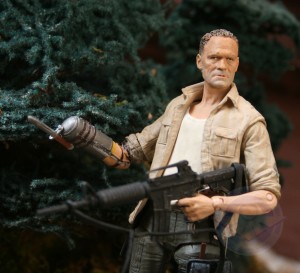 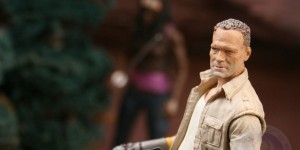 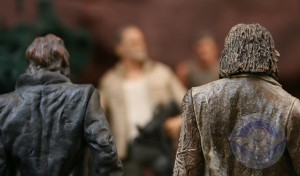 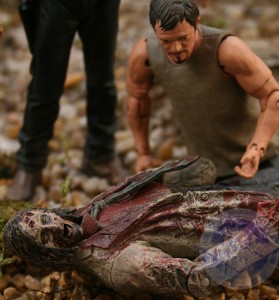 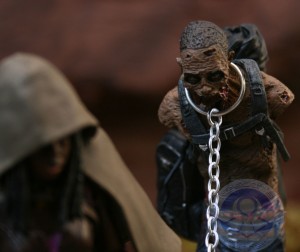 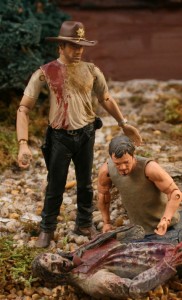 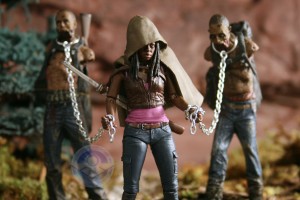 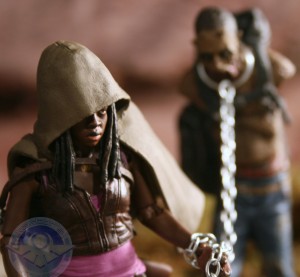