The Walking Dead TV Series Gets The Toy Treatment 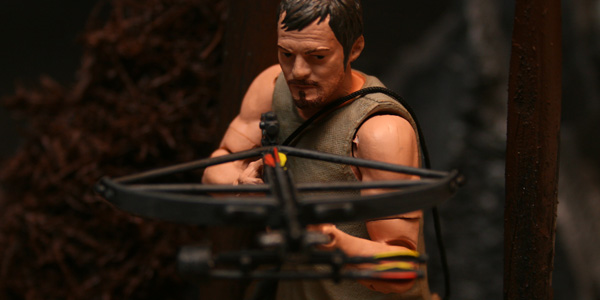 McFarlane Toys is running an interesting experiment with their Walking Dead toys, releasing both a set based on the original Robert Kirkman comics, and a set based on the AMC TV show. As of Toy Fair, the idea was to see how each line performed before deciding which way The Walking Dead would continue… whether that is still the case is up in the air, but after the fantastic job they did on the Comic Series figures, was McFarlane able to pull off the TV figures just as well?

The Walking Dead Comic figures were one of the biggest surprises of the year for me– I’m a former Spawn collector and very casual Halo guy, so I’m quite familiar with McFarlane’s stuff, but I have never been as impressed by their offerings as I was by the Comic line. With impossibly cool, well-planned hero figures with Rick and Michonne and some nasty zombies with plenty of fun action features, the whole wave was a solid home run. When it was revealed that New York Comic Con would be selling a limited number of “preview sets” of the first TV figure series, I knew I had to bite. The first TV series includes the TV version of Rick, zombie hunter supreme Daryl Dixon, and two zombies, called the Walker (AKA the Tank zombie, who looks not unlike Kevin Bacon) and the Biter (better known as the Deer Zombie, played by comic artist Charlie Adlard). Much like the comic line, the TV figures feature plenty of articulation, lots of relevant accessories for the humans and some neat action features for the Walkers. 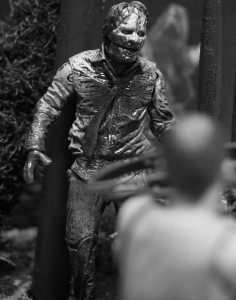 The good here is, the sculpting on these figures is by and large top notch. The actor portraits are great, especially the uncannily accurate Norman Reedus headsculpt on Daryl. The zombies are as nasty as they look on the show, and some excellent mixed paint apps give the slimy appearance of both caked-on dried blood and some fresher, wetter stuff on top. It’s a a very cool effect, especially on the Biter. The zombies, while light on accessories, both sport some play action features, not unlike the comic-style zombies. The Walker has a wind-up feature, so he can (in theory) shuffle along with the signature zombie stagger. It’s a fun idea, but the execution just isn’t as tight as some of the other “zombie actions”– I can get my Walker to either fall down or walk in a little circle, but I haven’t yet found a surface that helps him actually walk. The Biter fares a little better, with a lever that activates an opening jaw which looks surprisingly natural and gross. It’s a cool effect, but a little underwhelming next to the infinitely cooler exploding head and tear-apart features on the comic zombies. I would asusme they tried to tame down the features since the TV zombies are technically played by real people, and as such it might be morbid to tear the head off a character actor. I do still love the action feature concept for the zombie figures, and hope to see this continue, although with a bit cleaner execution than we see in this set. 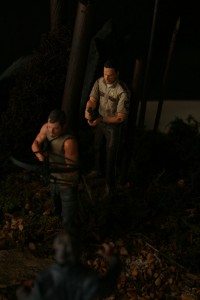 As for the humans, both Rick and Daryl are good, but nowhere near as great as the comic figures. We get a lot more cut joints and pre-posing on the TV versions, making them more reminiscent to McFarlane’s LOST figures than their recent Halo/ Walking Dead toys. As I said before, the headsculpts are incredible, and I can live with some pre-posing for TV show toys, but there’s some weird stuff going on with both these figures, like the designers second-guessed how they wanted to handle them. Rick’s shoulders are very strange, fully articulated but clearly only intended for a two-handed gun-holding pose. He looks pretty weird with his arms at his sides, or holding some of the gear he comes with like the baseball bat. Daryl fares better articulation-wise, but he’s got some wonky scale issues with his arms and especially too-small hands. Like Rick, Daryl looks perfectly fine holding up his crossbow (which is likely how most fans will display him), but when you look at his proportions they just look way off without the weapon in his hands.

It seems like McFarlane’s design team was conflicted on how they wanted to handle these figures, so they tried to mash up the modern engineering they’ve been doing so well on Halo with the “McStatue” aesthetic of their earlier figures. The result seems more incomplete than anything– it’s frustrated to see these figures so beautifully sculpted broken up by strange articulation that’s not really required due to the pre-posed sense of each character. If the TV toys continue, I’d really like to see them choose one or the other dynamic– give us fully articulated toys with not pre-posing, or give us statues caught in mid-action. McFarlane has proven they can do both of these very well, but it seems combining the two aesthetics doesn’t really work.

I don’t mean to sound like I’m knocking the TV Walking Dead toys. They’re really cool, and they’re light years beyond McFarlane’s previous “TV toys” in terms of sculpting, actor likenesses, accessories and playability… but after the near-flawless execution of the Walking Dead Comic Figures, these guys get kind of overshadowed.

So McFarlane has released one set each for The Walking Dead comic and TV show, and so far we don’t know what lies ahead… as of right now, I’m squarely in the Comic Series camp, but with a few creative tweaks and more clarity in the design of the TV line, I’d happily keep buying both. 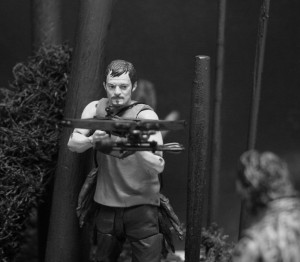 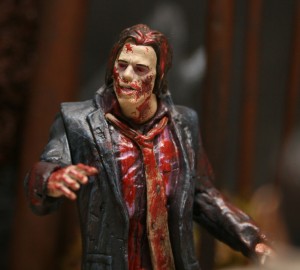 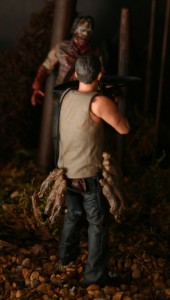 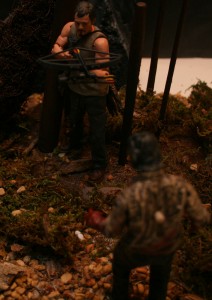 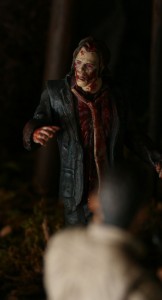 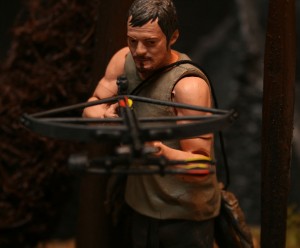 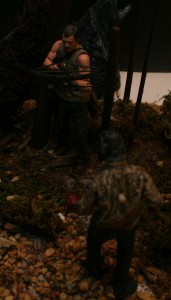 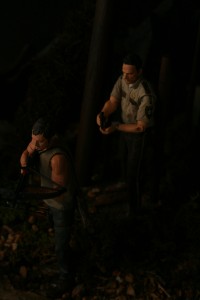 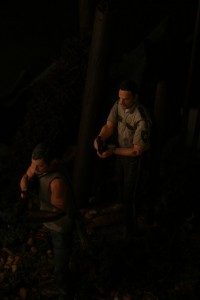 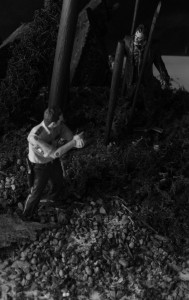